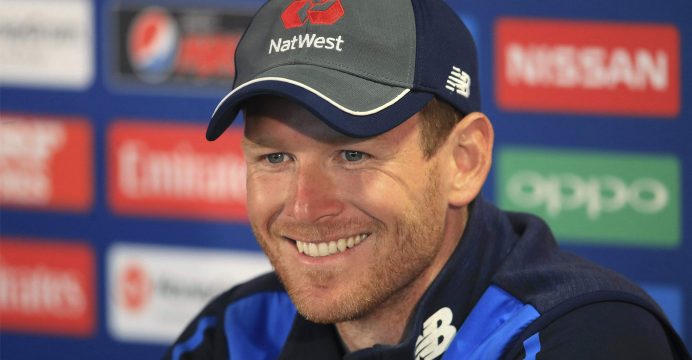 England one-day captain Eoin Morgan hopes Alex Hales and Jos Buttler have to change their schedules for the off-season by gaining selection for the Ashes tour of Australia.

A things stand, limited-overs opener Hales is heading to South Africa for their new Global League Twenty20 tournament, with wicketkeeper/batsman Buttler destined for a stint in the Bangladesh Premier League.

But all that could change if they are included in the Ashes squad, due to be announced on Wednesday.

Both Hales and Buttler have had a taste of Test cricket without nailing down a place and neither featured in any of this season’s seven Tests at home to South Africa and West Indies.

But such is the uncertainty over England’s batting, with only veteran opener Alastair Cook and skipper Joe Root currently certain of their places in the Test team’s top order, that Hales could yet gain an Ashes place.

Meanwhile one-day international gloveman Buttler may be on the plane to Australia as the reserve wicket-keeper behind Test incumbent Jonny Bairstow.

“Jos is going to Bangladesh and Alex is going to Stellenbosch in South Africa. That’s their alternative plans,” said Morgan of Hales and Buttler after the washed-out second one-day international against West Indies at Trent Bridge on Thursday.