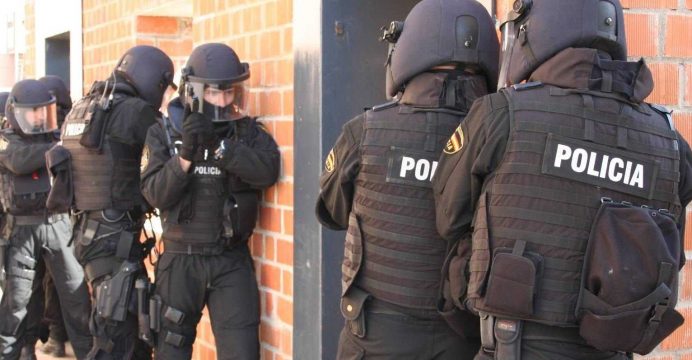 Police in Spain have arrested a brother of Bangladeshi Islamic State militant Saiful Haque Sujan, killed in an airstrike in Syria two years ago, on charges of financing terrorism, Rapid Action Battalion or RAB says.

Meanwhile, in a synchronised operation, the RAB arrested 11 militant suspects in raids in Dhaka, Khulna and Rajshahi on Friday.

The drives in Bangladesh were conducted simultaneously with that in Mérida, the capital of western Spain’s Extremadura, reports bdnews24.

The RAB said in a press release that Ataul Haque, the arrested brother of Sujan, is the chairman of Spain-based technology firm ISYNKTEL.

Eight of those arrested in Bangladesh are employees of WAHMI, a technology firm in Dhaka’s Pallabi.

WAHMI was founded at the same time with ISYNKTEL by former employees of IBACS, a British technology company founded by Sujan, the elite force said.

Reviewing the documents seized in the drives, the RAB said ISYNKTEL had sent a ‘huge amount’ of money to WAHMI in different times.

Referring to information collected initially, the RAB said WAHMI spent around 47 percent of the money sent by ISYNKTEL.

“The remaining amount is believed to be used in militancy,” the RAB release said.

Chinese news agency Xinhua reported a 34-year-old Bangladeshi, suspected to be a member of Islamic State, was arrested in Mérida on Friday.

The Spanish Ministry of the Interior reports he was trying to find drones and other material, according to the Xinhua.

The man was a “key part” of what is known as the battalion of technological development of IS, which is “one of the most secret and sophisticated” of the organization, the report said.

Ataul’s brother Sujan was killed in a drone strike on Dec 10, 2015, the Wall Street Journal earlier reported citing a person familiar with the matter.

At the time, Sujan was Islamic State’s director of computer operations, WSJ said, referring to an FBI affidavit.

Two weeks after the death of Sujan, the UK closed down his company.

According to the dossier of a case filed over the raid in Karwanbazar, Sujan and his another expatriate brother had sent money to the five through the company.