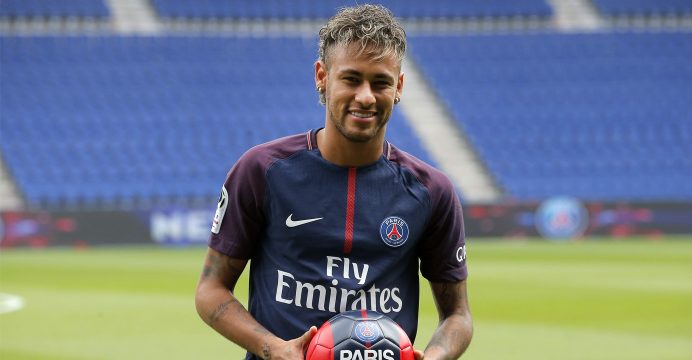 The Brazilian striker has made an immediate impact at his new club with four goals and four assists from his first five outings since moving to the French capital from Barcelona.

According to Radio RMC on Friday, the injury does not throw into doubt Neymar’s participation in Wednesday’s Champions League clash against Bayern Munich.

Neymar posted a photo of his injured right foot on Snapchat.

His absence in Montpellier will mean no repeat of last weekend’s ‘penaltygate’ incident with fellow PSG striker Edinson Cavani.

The South American pair fell out over who should take a spot kick in Sunday’s 2-0 win over Lyon.

That left PSG atop Ligue 1 on 18 points, three clear of defending champions Monaco.