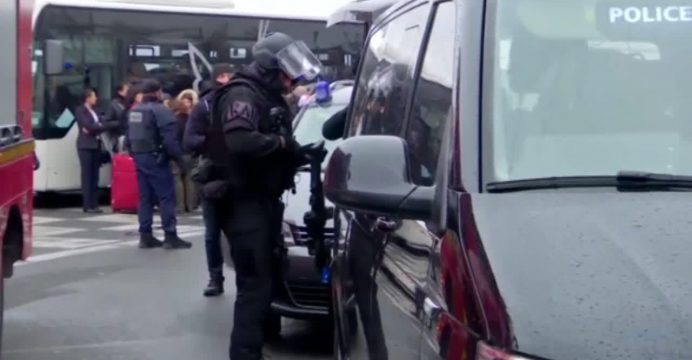 Police give all clear after BA plane searched in Paris

Police said a security alert on a British Airways plane in Paris on Sunday was a false alarm.

Passengers were evacuated from Flight BA303 at Charles de Gaulle airport before it was due to fly to London for what officials said was a security reason.

Sniffer dogs checked the plane and found no threat, police said as they lifted the alert.