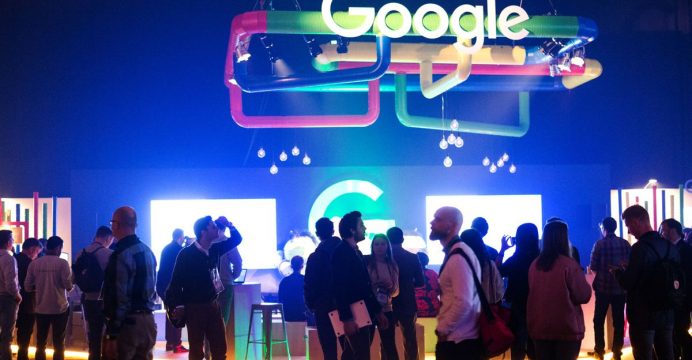 Three women who used to work at Google have filed a lawsuit against the technology giant, alleging it pays women less than men for comparable work.

The suit says Google is aware of the situation, but has not moved to fix it.

It comes as companies in Silicon Valley face growing scrutiny over gender relations.

Google is also under investigation by the US Department of Labor over its pay practices.

“It is time to stop ignoring these issues in tech,” said Kelly Ellis, a former software engineer at Google and one of the women who filed the suit.

My hopes for the Google suit: to force not only Google, but other companies to change their practices and compensate EVERYONE fairly.

She posted on Twitter that she hopes the suit will force Google and other companies to change their practices.

Ms Ellis, for example, was hired in 2010 at a level typically assigned to college graduates, although she had four years of experience, according to the lawsuit. A male colleague with similar levels of experience started on a higher rung.

She was also assigned to a less prestigious engineering role, the suit says

Ms Ellis resigned from Google four years later “because of the sexist culture”, the lawsuit said.

The complaint is seeking class-action status that would cover women working at the company in California for the last four years. They are looking for unpaid wages, among other remedies.

Google said it would review the lawsuit but disagreed with the “central allegations”.

“Job levels and promotions are determined through rigorous hiring and promotion committees, and must pass multiple levels of review, including checks to make sure there is no gender bias in these decisions,” spokeswoman Gina Scigliano said in a statement.

Like other companies in Silicon Valley, the company has faced questions about how it treats women before.