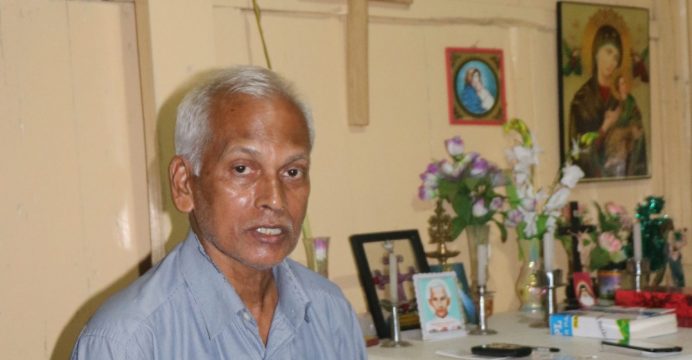 Indian priest kidnapped in Yemen has been freed

An Indian priest kidnapped by gunmen in Yemen last year has been freed, Oman’s state news agency ONA said on Tuesday, posting a picture of him appearing in good health after being transferred to the Omani capital Muscat.

ONA said Omani authorities had coordinated with “Yemeni parties” to locate Uzhunnalil and transfer him to the sultanate. He will return home to India, it said, without mentioning which group had been holding him in Yemen.

“I am happy to inform that Father Tom Uzhunnalil has been rescued,” Indian Foreign Minister Sushma Swaraj wrote on Twitter.

Oman has frequently helped facilitate the release of foreign nationals detained in Yemen.

The ONS picture showed the white-bearded Catholic priest standing in a palatial room in front of a portrait of Oman’s ruler.

Uzhunnalil was last seen appealing for help in a video recording carried by a Yemeni news website in May, saying his health was deteriorating and he needed hospitalization.