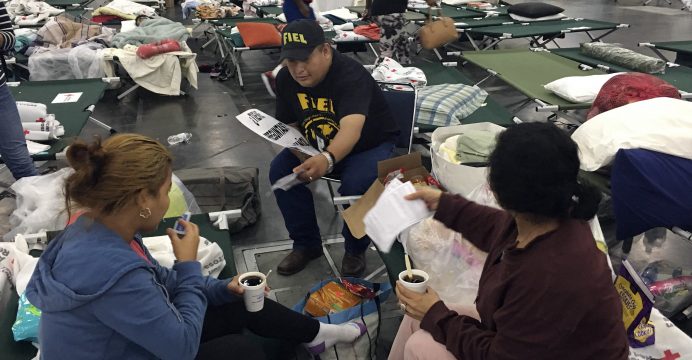 With Hurricane Irma barreling down on Central Florida, Apopka resident Carmen Nova had a decision to make.

A Mexican immigrant living in the country illegally, she knew her mobile home was at risk in the storm. But the 30-year-old mother of three also knew that seeking protection could pose its own hazards.

In a time of increasing public sentiment against illegal immigration, undocumented immigrants like Nova are nervous about reporting to authorities, even if it is to take refuge from a hurricane.

“They’re getting hammered,” said Kendrick, who has worked hard in advance of the hurricane to convince undocumented immigrants that it is safer to take shelter than to remain in less-than-sturdy homes.

Immigrant fears in the area were heightened in recent days after the sheriff in neighboring Polk County pledged to check criminal records of people seeking shelter.

Although the statement did not mention immigration status and officials later clarified that undocumented immigrants would not be targeted, the warning nevertheless reverberated in migrant communities.