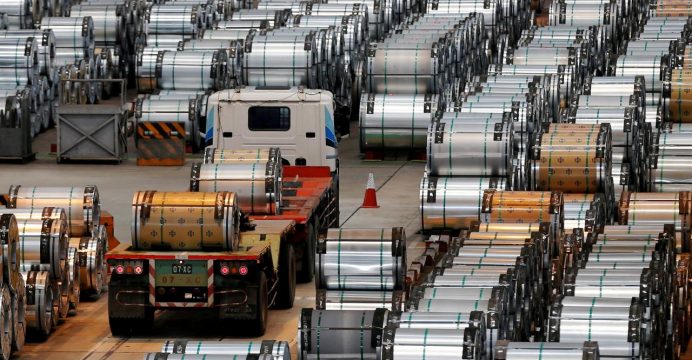 The producer price index (PPI), which measures costs for goods at the factory gate, rose 6.3 percent year on year in August, much faster than expected, official data showed on Saturday, reports BSS.

The pace of PPI expansion jumped from 5.5 percent registered in July, according to the National Bureau of Statistics, which Bloomberg said represented 12 consecutive months of growth.

The increase was driven by the rise in prices for products like eggs and vegetables which have been driven up by heavy rain and high temperatures over the summer.

The August figure, which strong, is still well below the government’s target of 3.0 percent. After several years of persistent deflation, producer prices rebounded in 2016 and early 2017.

The PPI has benefited from the government’s campaign to reduce excess capacity in the industrial sector, particularly among state-owned steel firms and cement manufacturers, which has reduced supply and boosted prices.

Factory has also been boosted by buoyant domestic demand which is being stoked by China’s booming infrastructure projects.