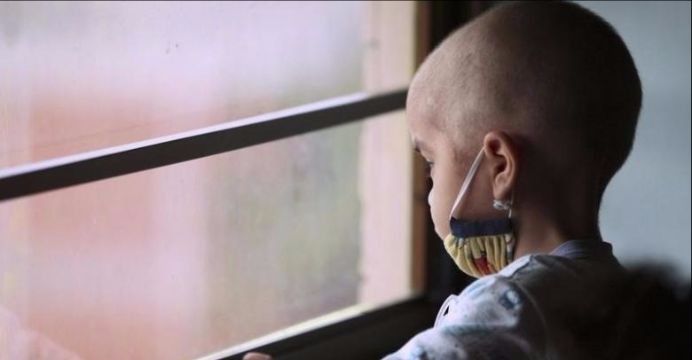 Survivors of childhood cancer may experience, on average, nearly twice as much chronic health condition by the age of 45, compared to the general population, according to a new study led by St Jude Children’s Research Hospital (USA) and published in The Lancet.

The St Jude Lifetime Cohort Study (SJLIFE) is the most extensive analysis of the long-term health of childhood cancer survivors to date, and highlights the complexity of survivors’ medical needs, providing information for health care professionals and policy makers about how to care for this vulnerable group.

“An increasing number of children survive childhood cancer, which is certainly something to celebrate. However, we must ensure that their health needs are not ignored as they grow up. Our study highlights the complexity of their medical needs, and we hope that these findings will translate into better care for survivors, both in terms of managing long-term problems such as cardiovascular diseases and secondary cancers, but also by raising awareness of the more immediate and acute health problems that can often be left untreated,” says lead author Dr Nickhill Bhakta, St Jude Children’s Research Hospital, Memphis, TN.

“In the USA, survivors have historically had poor access to health services and insurance because of increased disability and unemployment compared with the general population. The combination of poor access to services and high rates of health conditions we find in our analysis highlights the need for improved survivorship care, including access to specialist services,” adds Dr. Bhakta.

Survival after childhood cancer has substantially improved over the past few decades, with 80% of children diagnosed in the USA now surviving for at least 10 years. This means that the population of survivors is increasing, with more than 400000 survivors currently estimated to be in the USA alone.

The study analyzed the long-term health of 5522 patients who had been diagnosed with cancer as children (under 18 years) between 1961 and 2004. 168 health conditions were included in the study, and rates of illness were compared with a control group of 272 people who had never been diagnosed with cancer. A total of 3010 survivors and all 272 controls were clinically assessed for all medical conditions, except for hearing loss, glaucoma, cataracts, and retinopathy which were self-reported in the control group.

Cardiovascular, endocrine and musculoskeletal problems were the most common health conditions among survivors, and 37% of survivors were diagnosed with second cancer by age 50. Survivors of tumors of the central nervous system experienced the highest number of health conditions in later life (average of 24), and survivors of germ cell tumors experienced the fewest (average of 14).

There were two different patterns of ill health, with some survivors experiencing early onset conditions associated with the acute effects of cancer therapies, and others experiencing an increasing number of conditions as they age. For instance, survivors of hematological cancers experienced cumulative cardiovascular problems and secondary cancers in adulthood, whereas survivors of cancers of the central nervous system were more likely to experience hearing loss or neuropathies early after treatment.

After the researchers adjusted their analyses for demographic differences and treatment exposures, they found that age at diagnosis, treatment era and higher brain and chest radiation doses were associated with an increased number and more severe chronic health conditions.

The authors note that the majority of those in the study were diagnosed between 1980 and 1994, and are adults today. Modern cancer therapies are likely to be more targeted, with lower doses of radiation and chemotherapy, meaning that children diagnosed today (at least for some cancers) may experience fewer chronic health conditions.