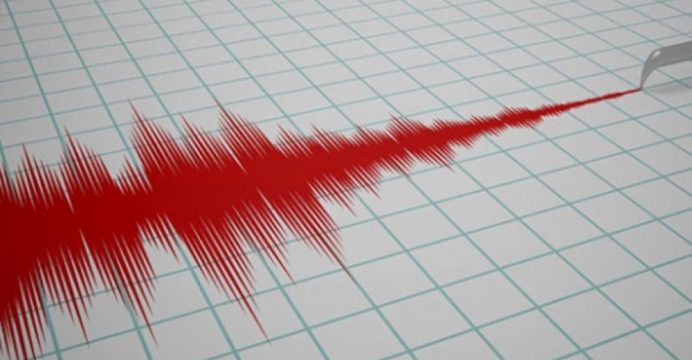 An earthquake of magnitude 8.0 struck southern Mexico on late Thursday and was felt as far away as Mexico City, the US Geological Survey said, issuing a tsunami warning, reports BSS.

It hit offshore 120 kilometers (75 miles) southwest of the town of Tres Picos in the state of Chiapas.

According to Aljazeera, Its epicenter was 123km southwest of the town of Pijijiapan, at a depth of 33km, according to USGS.

“The house moved like chewing gum and the light and internet went out momentarily,” said Rodrigo Soberanes, who lives near San Cristobal de las Casas in Chiapas, a poor, largely indigenous state popular with tourists.

“There are damages in hospitals that have lost energy,” he said. “Homes, schools and hospitals have been affected.”

Civil Defense in Chiapas said on its Twitter account that its personnel were in the streets aiding people and warned residents to prepare for aftershocks.

The quake was so powerful that frightened residents in Mexico’s distant capital city fled apartment buildings, often in their pajamas, and gathered in groups in the street. Sections of Mexico City were without electricity.

Lucy Jones, a seismologist in California who works with the U.S. Geological Survey, said such as quake was to be expected.