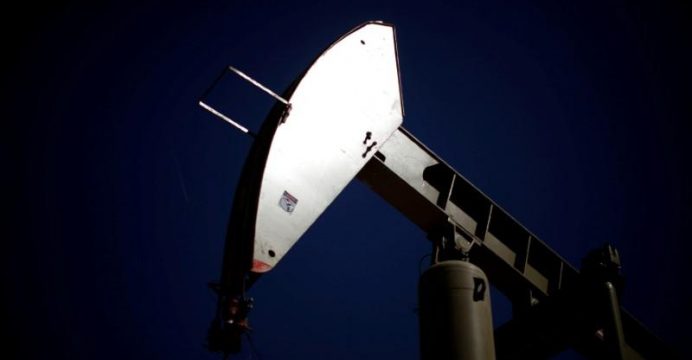 Brent crude oil futures were flat at $52.75 by 1340 GMT, paring earlier losses after a powerful North Korean nuclear test triggered a shift away from crude markets to assets perceived to be safer, such as gold, reports Reuters.

U.S. West Texas Intermediate (WTI) Clc1 crude futures, however, were up 34 cents at $47.63 barrel as U.S. demand, hit by reduced refinery activity since Harvey made landfall on Aug. 25, recovered.

NYMEX gasoline futures RBc1 were down 3.2 percent at $1.6916 a gallon, levels are last seen on Aug. 25, the day Harvey struck, crippling production and causing widespread flooding.

Still, damage to the oil infrastructure in the Gulf Coast hub by Harvey appeared less extensive than some had feared. Harvey has now been downgraded to a tropical storm.

A number of major refineries, which convert crude oil into refined products such as gasoline and jet fuel, as well as distribution pipelines, were gradually resuming operations on Monday.

Valero Energy’s 225,000 barrels per day (bpd) Texas City refinery was the only plant reported to be running at normal rates so far.

“The disruptions from Hurricane Harvey in the U.S. Gulf Coast are gradually clearing. In the broader scheme of things, it appears that so far the energy industry was spared major damages to assets and infrastructure,” analysts at Vienna-based JBC Energy said in a note.

“However, some Houston area refineries will likely remain offline for some time longer.”

Traders booked dozens of gasoline tankers over the past week from Asia and Europe to the United States and Latin America in order to plug supply shortages in the wake of the shutdowns. European gasoline refining margins dropped by nearly a fifth on Monday.

And while the U.S. government tapped its strategic oil reserves for the first time in five years last week, the head of the International Energy Agency (IEA) said the global energy watchdog still sees no need for a coordinated international release of oil stocks after Harvey.

Texas Governor Greg Abbott estimated damage at $150 billion to $180 billion, calling it more costly than Hurricanes Katrina or Sandy, which hit New Orleans in 2005 and New York in 2012 respectively.

Traders were nervously watching developments in North Korea, where the military conducted its sixth and most powerful nuclear test over the weekend. Pyongyang said it had tested an advanced hydrogen bomb for a long-range missile, prompting the threat of a “massive” military response from the United States if it or its allies were threatened.

That put downward pressure on crude as traders moved money out of oil – seen as high-risk markets – into gold futures XAU=, traditionally viewed as a safe haven for investors. Spot gold prices rose for a third day, gaining 0.9 percent on Monday.

Overall trading activity in the oil futures market was expected to be low on Monday due to the U.S. Labor Day public holiday.