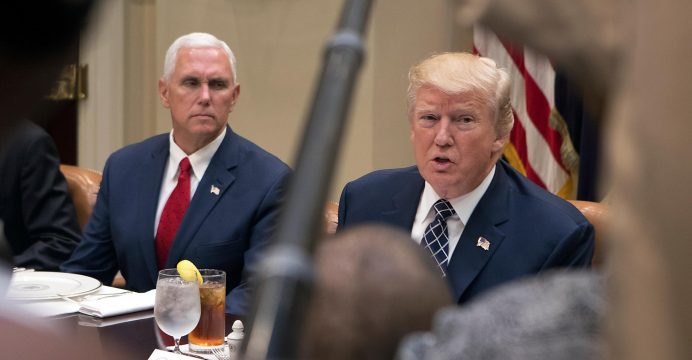 When the U.S. Congress returns from summer vacation on Tuesday, for the first time in years gutting Obamacare will not be the main order of business on the healthcare agenda.

But leftover hard feelings in the wake of the long, partisan Obamacare wars could poison other issues.

Among them will be a measure to keep federal funding flowing to an insurance program that helps millions of children and pregnant women. The Children’s Health Insurance Program (CHIP) must be reauthorized by a vote of Congress by Sept. 30. If that does not happen, the program is expected to run out of moneyNews Hour:

Another issue will be stabilizing the individual insurance market created under the 2010 Affordable Care Act, former Democratic President Barack Obama’s signature domestic policy achievement. In recent months, the Trump administration has worked to undermine it and insurers have raised premiums by double digits or exited the market.

The effort, which inflamed partisanship and exposed deep divisions within the Republican Party, ended with a dramatic failed Senate vote in July, leaving the law in place, but damaged.

Reauthorization of CHIP is typically not contentious. The program has bipartisan support. But lobbyists and industry officials said that any healthcare effort in Congress could become partisan in this political climate.

“Anything having to do with healthcare after the process we’ve gone through is subject to being controversial,” one health industry lobbyist said last week.

Serving as a backdrop for Congress’ deliberations, including hearings scheduled for Wednesday and Thursday, will be Trump and his Twitter account.

In several tweets, Trump has chastised lawmakers, sometimes by name, for failing to deliver on their promise to get rid of Obamacare. If that continues, already-rocky relations between Trump and fellow Republicans could worsen.

Several congressional aides, lobbyists and industry officials said they were skeptical that lawmakers would be able to move past the bitter months-long Republican push to gut Obamacare and somehow achieve bipartisan cooperation on healthcare.

The Obamacare markets’ problems have worsened amid conflicting messages from Trump and the Republicans’ effort to dismantle the healthcare law. Republican aides and lobbyists said there was little appetite to try once more to repeal and replace it.

They said Republicans, controlling the White House, House of Representatives and Senate, were unlikely to take up the repeal-and-replace effort for the remainder of 2017.

Trump’s administration has moved to undercut Obamacare, slashing its advertising budget by 90 percent and backing off enforcement of the so-called individual mandate, the requirement that everyone purchase insurance or pay a fine.