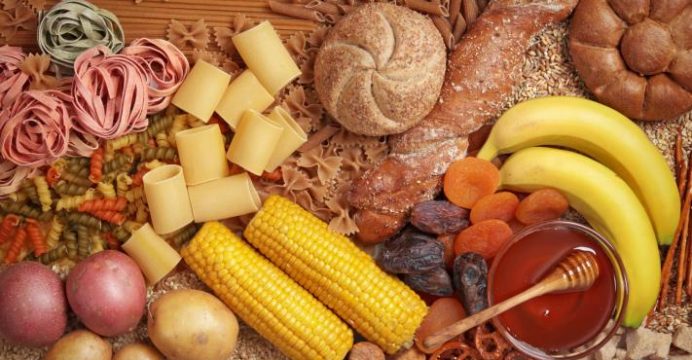 Reducing total fat intake, and replacing it with a high intake of carbohydrates may be linked to worse health outcomes, according to an international study of diets, published in The Lancet.

The study involved more than 135000 people from 18 countries and found that high-fat diets (about 35% energy – including both saturated and unsaturated fats) were associated with a lower risk of mortality, whereas a high intake of carbohydrates (above 60% energy) was associated with a higher risk.

“For the first time, our study provides a global look at the realities of people’s diets in many countries and gives a clearer picture of people’s fat and carbohydrate intake,” says lead author Dr. Mahshid Dehghan, McMaster University, Canada.

“The current focus on promoting low-fat diets ignores the fact that most people’s diets in low and middle-income countries are very high in carbohydrates, which seem to be linked to worse health outcomes. In low- and middle-income countries, where diets sometimes consist of more than 65% of energy from carbohydrates, guidelines should refocus their attention towards reducing carbohydrate intake, instead of focusing on reducing fats. The best diets will include a balance of carbohydrates and fats – approximately 50-55% carbohydrates and around 35% total fat, including both saturated and unsaturated fats. Our study did not look at trans fats, typically from processed foods, and the evidence is clear that these are unhealthy.”

Existing global guidelines recommend that 50-65% of a person’s daily calories come from carbohydrates, and less than 10% from saturated fats, but this is mostly based on evidence from North America and Europe, and it is unclear how applicable it is to other countries.

The study included 135335 people aged 35-70 years old from 18 countries across various regions including the Middle East, South America, Africa, China, North America and Europe, and South Asia to look at the links between diet, cardiovascular disease, and death.

At the start of the study, each participant provided information on their socioeconomic status, lifestyle behaviors, medical history, family history of cardiovascular disease, weight, height, waist and hip measurements, and blood pressure. They also completed a questionnaire on the types of foods and beverages they consumed, what size portion and how often, which the researchers used to calculate a number of calories they derived from carbohydrate, fats, and protein every day.

The authors note some limitations, including that the diet measures used were based on when the study began. Additionally, the study did not look at the specific types of foods the nutrients were derived from, but the will assess this in future analyses.

Writing in a linked Comment, Drs Christopher Ramsden and Anthony Domenichiello, National Institute on Aging, USA, says: “The relationships between diet, cardiovascular disease, and death are topics of major public health importance and subjects of great controversy… The PURE study is an impressive undertaking that will contribute to public health for years to come. Initial PURE findings challenge conventional diet-disease tenets that are largely based on observational associations in European and North American populations, adding to the uncertainty about what constitutes a healthy diet. This uncertainty is likely to prevail until well-designed randomised controlled trials are done.”