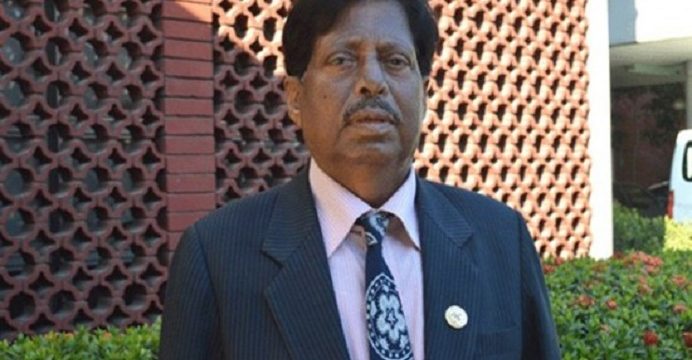 Legendary Bangladeshi singer, one of the singers of Shadhin Bangla Betar Kendra, Abdul Jabbar has passed away. He was 79. He breathed his last today at 9:27 AM at BSMMU’s ICU. He left behind two sons, a daughter, and wife. He was suffering from Kidney disease, Heart disease, and some other diseases.

He sang legendary songs like “Salam salam hajar salam”, “Joy Bangla Banglar joy”, “Ore nil doria”. During the liberation war of Bangladesh in 1971, Abdul Jabbar used to sing at several camps in Kolkata with Harmonium and inspired lot of freedom fighters. Apart from that, he sang several songs at Shadhin Bangla Betar Kendra and those songs motivated Bengali people as well as freedom fighters.

That time, Mr. Jabbar earned 12 lacs takas by singing and he donated the whole amount of money in the relief fund of then Bangladeshi government. He also worked with Hemanta Mukherjee to make people conscious about the independence of Bangladesh.

Mr. Jabbar was awarded Ekushey Padak in 1989 and Shadhinata Puroshkar in 1996 for his contribution in Music.