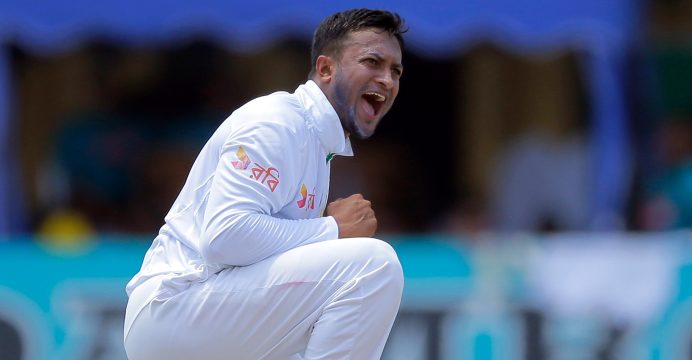 Taking the centre stage yesterday with a dazzling 84 runs, ace all-rounder Shakib Al Hasan once again hogged the headlines on the second day(Monday)of his 50th Test as he joined an unique list which contains the likes of Muttiah Muralitharan, Rangana Hearath and Dale Steyn claiming his five-wicket against every other Test-playing nations. Apart from Afghanistan and Ireland, who only got Test status recently, Shakib has taken five-wickets against all the teams he played against Bangladesh.

It means the all-rounder now has five-wicket against every other Test-playing nation, a remarkable achievement considering this is the first time he has played against Australia in the longest format.

Shakib touched the milestone when he dismissed Josh Hazlewood in the 75 overs. It was an awesome scene as his fellow mates all came running around to hug him the moment the last Australian wicket fell.