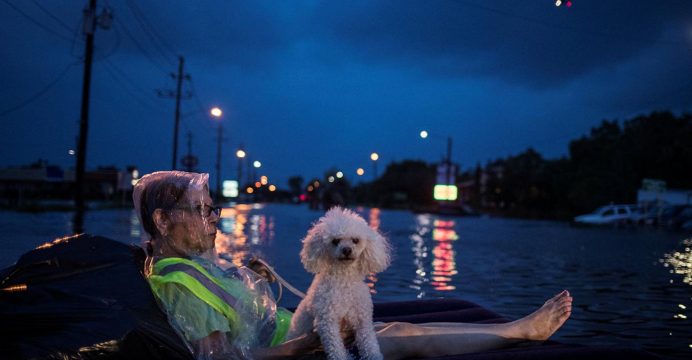 The nation’s fourth most populous city was inundated with between 15 and 30 inches (38-76 cm) of rain during the weekend and several more inches fell on Monday, according to the National Weather Service. The storm, which hit the South Texas coast late on Friday, moved off shore overnight and is expected to linger over or near the Houston for days.

Acevedo said there are about 185 requests outstanding for critical rescues.

Emergency services have received about 6,000 calls for emergencies and rescues, Acevedo said during a televised media briefing on Monday. About 2,000 people were retrieved from flooded homes and cars.

The city has taken in about 5,500 people into emergency shelters, Mayor Sylvester Turner said, and the number is expected to increase “exponentially.” He said officials are requesting volunteers and supplies for its emergency efforts.

The Army Corp of Engineers is releasing water from reservoirs north and west of the city to relieve pressures on two dams, he said. That flow will add to overflowing bayous that course through Houston to Galveston Bay.