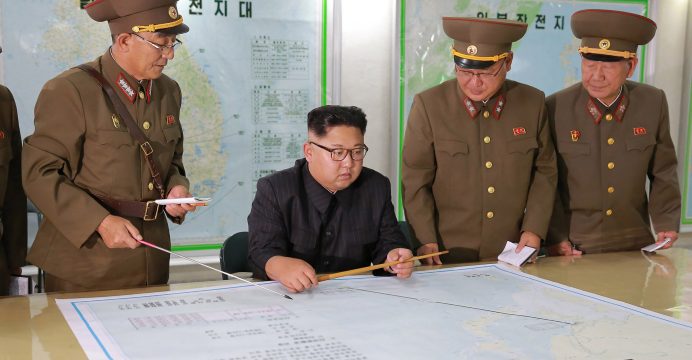 U.S. Secretary of State Rex Tillerson said on Sunday the firing of three ballistic missiles by North Korea this week was a provocative act but that the United States will continue to seek a peaceful resolution.

“We do view it as a provocative act against the United States and our allies,” Tillerson said in an interview on Fox News Sunday. “We’re going to continue our peaceful pressure campaign as I have described it, working with allies, working with China as well to see if we can bring the regime in Pyongyang to the negotiating table.”