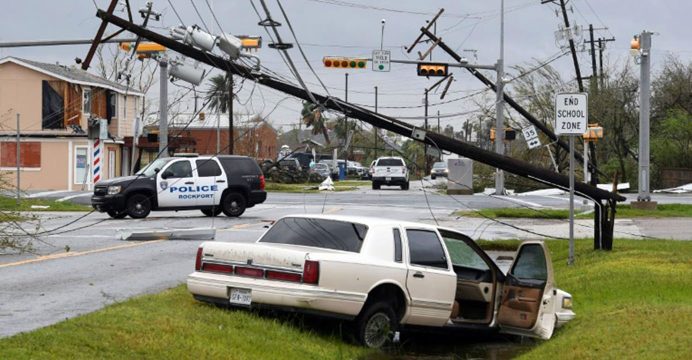 Scientists freely acknowledge they don’t know everything about how global warming affects hurricanes like the one pummelling southeast Texas.

But what they do know is enough to keep them up at night.

The amplifying impact of sea level rise, warming oceans, and hotter air all incontrovertible consequences of climate change — is basic physics, they say.

Likewise accelerated shifts in intensity, such as the sudden strengthening that turned Harvey from a Category 2 to a Category 4 hurricane on a scale of 5 just as it made landfall Friday. What’s missing is a detailed track record of hurricanes past, the kind of decades-long log of measurements that climate scientists need to discern the fingerprint of human influence.

Starting in the 1970s, satellite data allowed for a better tally, but even that wasn’t enough. “It is awfully difficult to see climate change in historical data so far because hurricanes are fairly rare,” Kerry Emmanuel, a professor of atmospheric science at MIT in Boston, told AFP.

Experts, in other words, do not disagree on the potential of manmade global warming to magnify the destructive power of the tropical storms known variously around the world as cyclones, hurricanes and typhoons.

Rather, they are confounded for now by a lack of information.

“Just because the data don’t allow for unambiguous detection yet, doesn’t mean that the changes haven’t been occurring,” noted James Kossin, a scientist at the US National Oceanic and Atmospheric Administration’s Center for Weather and Climate in Madison, Wisconsin.

Kossin figured out that cyclones have drifted poleward in their respective hemispheres over the last three decades, a finding hailed by other hurricane gurus as the most unambiguous evidence so far that global warming has already had a direct impact.