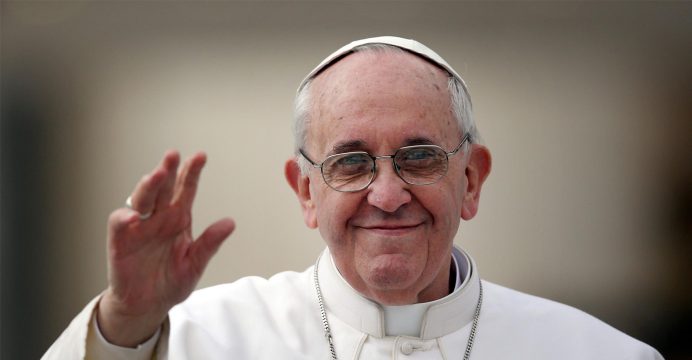 Pope Francis is to set out a manifesto challenging world leaders to do more for the protection of refugees and migrants, in a move the Vatican hopes will galvanize action in the same way as the Pontiff’s 2015 letter on climate change.

The Holy Father’s call to leaders will come as the Vatican publishes one of the most politically and policy charged documents it has ever produced. Its guidance for governments – titled ‘Responding to Refugees and Migrants: Twenty Action Points’ – is published today and lays out a roadmap on how states should be approaching the issue.

The Church’s intervention is deliberately timed to make a political impact. With just over 12 months to go before governments are due to agree two global ‘compacts’ on refugees and migration at the UN General Assembly in September 2018, there has been little progress made among leaders on how to tackle the issue of mass migration – despite it being one of the biggest challenges faced by the global community.

The Holy See hopes to imitate the impact the Pope had on the political process leading up to the Paris climate talks in 2015; his encyclical letter on climate change and the environment was cited by heads of government as generating support for the talks, that ultimately led to the Paris Climate Agreement.

The guidance will be published by the Vatican’s department or ‘section’ on migrants and refugees, which was set up by Pope Francis in 2016 and now sits directly under his personal direction – an indication of how central the issue is to his papacy.