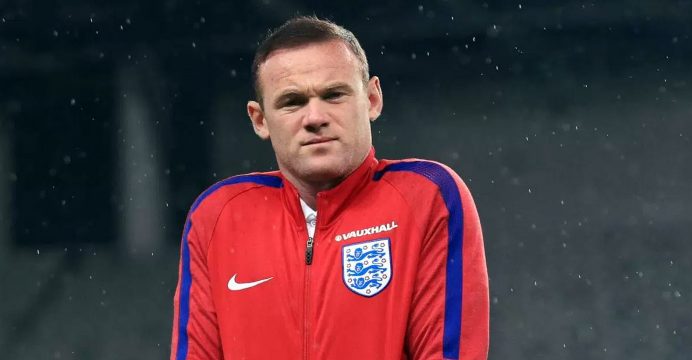 Last of the street-fighters, Rooney departs an England great

While Wayne Rooney will never silence the cynics who carp about his lack of silverware in an England shirt, the astonishing array of records set by the striker ensure his place as one of his country’s all-time greats.

Rooney’s announcement of his retirement from the international stage on Wednesday brought the curtain down on an England career that began in a blaze of hyperbole and ended with the Everton star rejecting Gareth Southgate’s offer of a return to the fold.

The 31-year-old’s 13-year England era featured glorious highs and shattering lows and left him as one of his country’s most polarising figures.

From the boy who grew up on the rough Liverpool streets of Croxteth to the man who won five Premier League titles and the Champions League with Manchester United, Rooney’s rise remains almost too perfect to be true and the England chapter of his tale is well worth reliving.

Rooney is England’s all-time leading scorer with 53 goals, more than Bobby Charlton, Gary Lineker and Jimmy Greaves could muster, while his 119 appearances make him his country’s most capped out-field player ahead of the likes of Bobby Moore and David Beckham.

The only blemish is his failure to transform England into a global force, but even Barcelona icon Lionel Messi has found replicating his sublime club form on the international scene harder than he might have imagined.

Forever etched in the memory as the teak tough street-fighter who would crunch into a tackle with as much relish as he took from scoring with a 30-yard rocket, Rooney burst onto the England scene as a 17-year-old in 2003.

His debut came in a 3-1 defeat against Australia at Upton Park and a first international goal followed against Macedonia.

The sight of Rooney tormenting the Switzerland and Croatia defences in Euro 2004 promised a golden future for the player and his country, but foreshadowing the angst to come a broke bone in his foot proved fatal to Sven Goran Eriksson’s team as they lost to Portugal in the quarter-finals.

Rooney went on to play in three World Cups and two further European Championships, showing boundless commitment to the England cause, even if his performances never hit the heights.