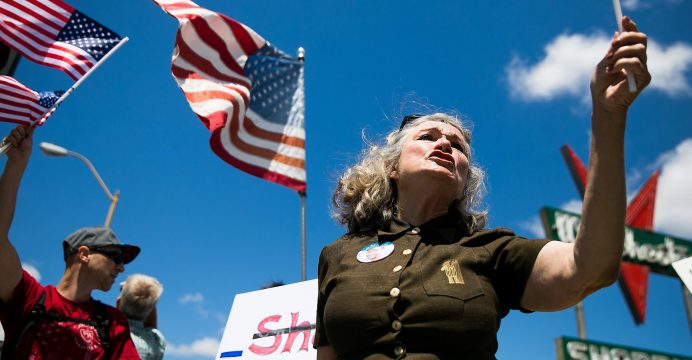 The largest anti-Muslim group in the US is cancelling dozens of planned rallies having witnessed the number of anti-right wing protesters who gathered in Boston to demonstrate against white nationalists.

ACT for America was scheduled to hold 67 rallies in 36 states on September 9 to show its support for the “common sense America First” policies proposed by Donald Trump. The group claims the policies  “prioritise real protection over political correctness, and celebrate American exceptionalism”.

But after thousands of people turned out to protest against white nationalism and white supremacy in Boston last weekend – a show of strength that led the organisers of the so-called free speech rally to cut short the event – ACT has said it is calling off its own rallies and will hold an online day of action instead.

ACT, whose leader Brigitte Gabriel whose long issued statements denouncing Islam and claiming devout Muslims cannot be “loyal Americans”, announced its decision in the aftermath of neo-Nazi-led violence in Charlottesville that left one young woman dead and up to 20 people injured.

Donald Trump found himself at the centre of controversy after saying there was “blame on many sides” and defended some of those protesting over the planned removal of a statue of Confederate general Robert E Lee.