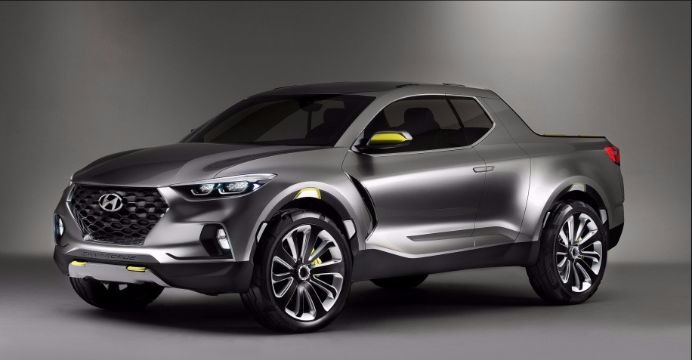 Hyundai Motor plans to launch a pickup truck in the United States as part of a broader plan to catch up with a shift away from sedans in one of the Korean automaker’s most important markets, a senior company executive told.

Michael J. O’Brien, vice president of corporate and product planning at Hyundai’s U.S. unit, told that Hyundai’s top management has given the green light for development of a pickup truck similar to a show vehicle called the Santa Cruz that U.S. Hyundai executives unveiled in 2015, reports Reuters.

People familiar with the automaker’s plans said separately that Hyundai plans to launch three other new or refreshed SUVs by 2020.

People familiar with Hyundai’s plans said the company plans to roll out a new version of its Santa Fe Sports mid-sized SUV next year, followed by an all-new 7-passenger crossover which will replace a current three-row Santa Fe in early 2019 in the United States. A redesigned Tucson SUV is expected in 2020, people familiar with Hyundai’s plans said.

Hyundai’s U.S. dealers have pushed the company to invest more aggressively in SUVs and trucks as demand for sedans such as the midsize Sonata and the smaller Elantra has warned.

“We are optimistic about the future,” Scott Fink, chief executive of Hyundai of New Port Richey, Florida, which is Hyundai’s biggest U.S. dealer, said. “But we are disappointed that we don’t have the products today.”

Hyundai’s U.S. sales are down nearly 11 percent this year through July 31, worse than the overall 2.9-percent decline in U.S. car and light truck sales. Sales of the Sonata, once a pillar of Hyundai’s U.S. franchise, have fallen 30 percent through the first seven months of 2017. In contrast, sales of Hyundai’s current SUV lineup are up 11 percent for the first seven months of this year.