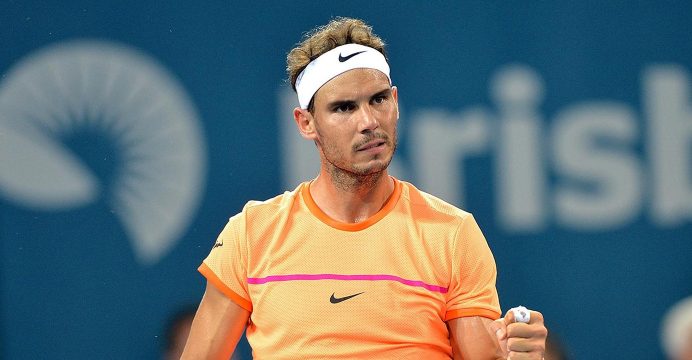 New world number one Rafael Nadal will return to play in the Brisbane International ahead of the Australian Open early next year, organisers said on Sunday.

The 15-time Grand Slam champion will take the top rankings spot when the official ATP rankings are released on Monday.

It will be the first time the Spaniard has hit the top rankings spot since 2014.

Nadal played in Brisbane for the first time in January and the 31-year- old went on to reach the Australian Open final in Melbourne where he lost to Roger Federer.

“I’m very happy to be back, last year for me was the first experience and was very successful,” Nadal said in a statement.

“The atmosphere is great and there’s a lot of nice people supporting the event. I really enjoyed the experience.”

Nadal’s matches attracted record attendances and organisers said more than a million people around the world tuned in online to a live stream of his first training session in Brisbane.

Nadal’s return to the top of the rankings follows his win at Roland Garros for a record 10th time.

The Brisbane International takes place from December 31 to January 7.