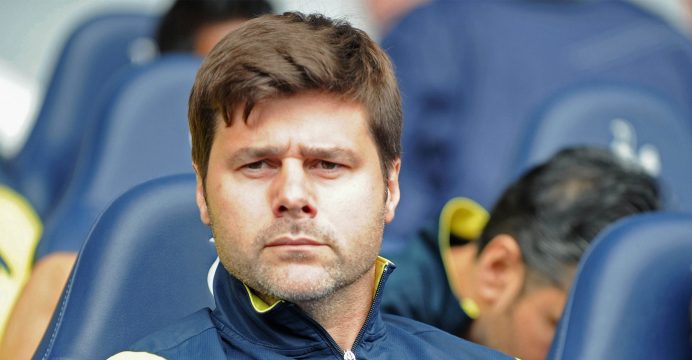 Tottenham Hotspur manager Mauricio Pochettino says his side will only have themselves to blame if they cannot make themselves feel at home at Wembley this season.

Spurs flopped at Wembley last term after moving their Champions League home games there and will play all of their home matches at the stadium this season while White Hart Lane is rebuilt.

Their poor record at the national stadium has led to talk of a Wembley jinx, but ahead of Sunday’s encounter with Premier League champions Chelsea, Pochettino gave it short shrift.

“Wembley is not a problem. We are the problem if we don’t win like last season,” said the Argentinian, whose side finished second behind Chelsea last season.

“If we are not able to win there, it is not because of Wembley, it is because of us. It is the most exciting place to play football.

“OK, it was difficult to move from White Hart Lane to Wembley (last season) and it was a perfect excuse for everyone. Now it’s not an excuse.”

Since Wembley reopened in 2007 after reconstruction, Tottenham’s record there has been dreadful, with just two wins to show from their 10 visits.

They lost twice there in last season’s Champions League group phase, to Monaco and Bayer Leverkusen, and have been beaten in three FA Cup semi-finals, including last season’s 4-2 defeat by Chelsea.

Quite apart from the unfamiliarity of the stadium, Spurs must also get used to a much bigger pitch.

Pochettino has had one pitch at Spurs’ training base in Enfield, north London enlarged to match Wembley’s dimensions in order to help his players adapt to the bigger surface.

Safety measures for the Chelsea game mean Tottenham will not be able to fill all of Wembley’s 90,000 seats, so they may have to wait to set a new record for a Premier League attendance.