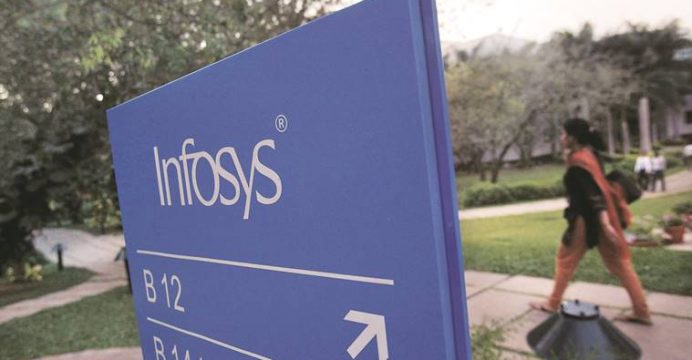 India’s second-biggest IT firm Infosys said on Saturday it will buy back shares worth up to 130 billion rupees ($2 billion), a day after Vishal Sikka resigned as chief executive after a long-running feud with the company’s founders.

The board of Bengaluru-headquartered Infosys approved the repurchase of 113 million shares at 1,150 rupees apiece, the company said in a stock exchange filing, returning cash to investors at a substantial premium to Friday’s closing price of 923.25 rupees, reports Reuters.

It is also at a premium of 17.9 percent to the closing price on Thursday, the day the company informed the exchanges about the board meeting to consider a buyback.

The announcement of the company’s first-ever buyback could offer at least some respite to Infosys shareholders on Monday after the value of their holdings fell nearly 10 percent on Friday following Sikka’s surprise exit.

“If the overall market sentiment is good, you could see a 4-5 percent recovery looking at this price,” said Arun Kejriwal, founder of Kejriwal Research & Investment Services.

A senior official at state-run Life Insurance Corp (LIC), which owns a 7 percent stake in Infosys, said they were closely monitoring the situation at the company and were looking to meet with the management before deciding to participate in the buyback.

Friday’s sell-off prompted three U.S. law firms specializing in class-action lawsuits to announce that they are probing potential securities claims on behalf of Infosys investors that have suffered losses.

In a statement late on Friday, New York-based Rosen Law Firm called on aggrieved shareholders to come forward and said that it was investigating whether “Infosys may have issued materially misleading business information to the investing public.”

The other two firms investigating claims are Goldberg Law and Pomerantz LLP, which said they were probing whether Infosys or any of its officers or directors engaged in securities fraud or other unlawful business practices, in light of the allegations of governance lapses made by founder executives against the board of the company.

Infosys’ American Depositary Receipts closed over 7 percent lower at $14.79 Friday on the Nasdaq. Infosys was not immediately available for comment on statements made by the U.S.-based law firms.

Sikka, the first non-founder chief executive of the company, announced his sudden resignation following a protracted war of words with the founder’s group, led by Narayana Murthy.

His replacement will take on the task of improving the company’s fortunes at a time when the $150 billion Indian IT services sector is facing a raft of challenges.

“What will matter in the long run is how well a new management team can lead the company and quickly tap the market for transformation services such as cloud.”