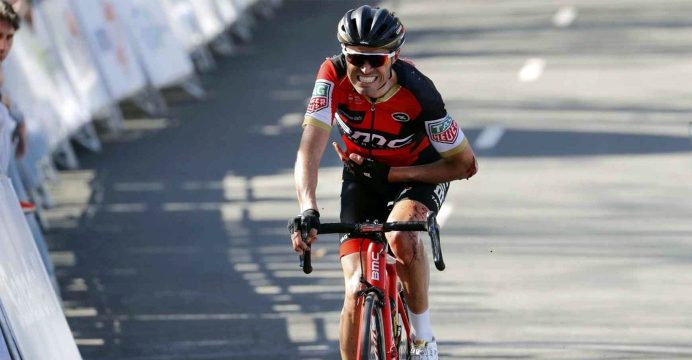 Sanchez, 39, won the 2008 Olympic road race in Beijing and five individual stages in the Vuelta a Espana between 2005 and 2007 as well as an individual stage on the 2011 Tour de France.

He will now miss this year’s Vuelta, which begins on Saturday in Nimes, France.

The Union Cycliste Internationale (UCI) said in a statement on its website that Sanchez had been notified of an “Adverse Analytical Finding (AAF) of GHRP-2*” from an out-of-competition test on Aug. 9.

“The rider has the right to request and attend the analysis of the B sample. In accordance with UCI Anti-Doping Rules, the rider has been provisionally suspended until the adjudication of the affair,” the UCI said.

Sanchez’s team BMC Racing immediately announced his suspension and said he would be replaced by Loic Vliegen in the Vuelta.

“In accordance with BMC Racing Team’s zero tolerance policy and UCI regulation, Sanchez has been provisionally suspended with immediate effect,” BMC said in a statement.

“Until the results of the B sample are provided, no further action will be taken. All riders and staff are held to the highest ethical standard and BMC Racing Team is extremely disappointed to share this news on the eve of the Vuelta a Espana.”