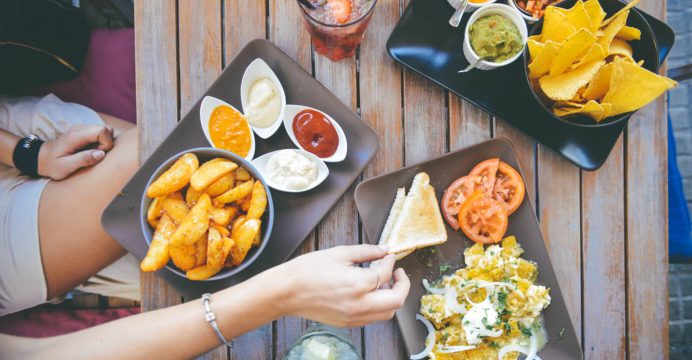 A Cornish fish restaurant has been named best in the UK, after five years at the top for the previous winner.

Traditional favourites such as Heston Blumenthal’s The Fat Duck still feature in the top 50 list.

But new restaurants to feature include a tiny 12-seat restaurant and one set on a caravan site in Anglesey.

Outlaw described the news as “phenomenal” and attributed the success to the “hard work and dedication of the team”.

Four new entrants to the top 50, including Hart’s Bakery in Bristol, are built under railway arches. One, named Vice and Virtue, occupies a former strip club in Leeds.

Stark, a 12-seater restaurant in Broadstairs, Kent, is so pushed for space that it does not have a toilet. Diners can instead pop up the road to the local pub.

Despite its lack of facilities, its chef, Ben Crittenden, has been named “chef to watch” by the Guide.

Peter Sanchez-Iglesias won the chef of the year title for the seasonal cuisine he serves at Casamia in Bristol.

The Good Food Guide, published by Waitrose, started ranking the UK’s restaurants in 1951.

Each year it assembles a long-list from thousands of recommendations sent in by the public.

It then sends out inspectors to each of the chosen restaurants, where they assume the guise of regular customers before reporting back on their experience