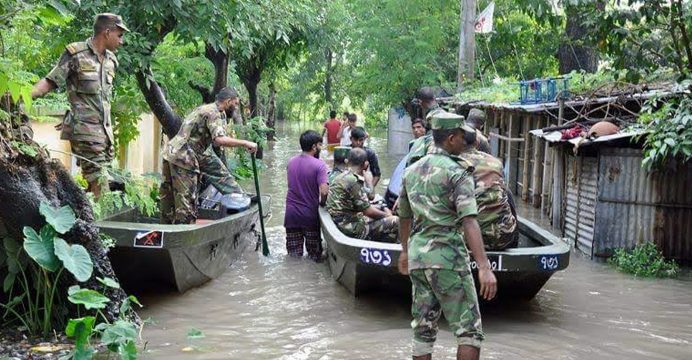 The army has distributed cooked food among more than 2,000 people.

At the same time, the medical team of Bangladesh army so far has provided necessary health care service among more than 1,200 sick people, said an ISPR release here today.

Meanwhile, another two platoon army personnel also have been deployed in Gaibandha district with the deluge like situation have further deteriorated in the northern region.

A total of 31 platoons army so far has been deployed in the flood affected northern districts.