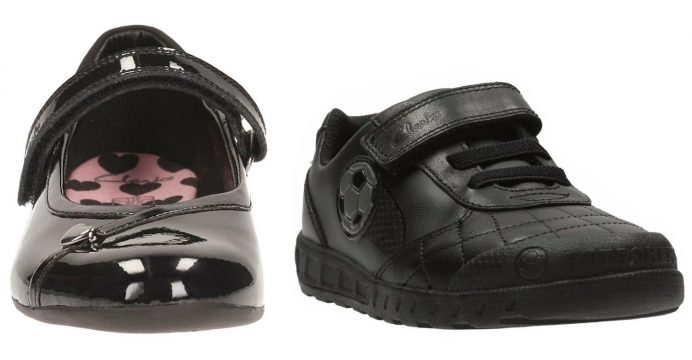 Clarks has been accused of “everyday sexism” for a calling a girls’ school shoe “Dolly Babe”, while the boys’ equivalent is called “Leader”.

The girls’ shoes carry a heart-patterned insole, while the boys’ insoles are decorated with footballs.

The shoe manufacturer has removed the Dolly Babe from its website following “customer feedback” about the name.

“We are working hard to ensure our ranges reflect our gender-neutral ethos,” Clarks said.

“We apologise for any unintended offence caused.”

However, the girls’ shoe is still available online from retailers including Amazon and John Lewis and the Leader remains on sale.

Nicola Sturgeon, First Minister of Scotland, said the situation was unacceptable and “almost beyond belief” in 2017.

Miranda Williams, a councillor and cabinet member for children and young people in Greenwich, southeast London, first took Clarks to task on Twitter this week.

Jacob Rees-Mogg, the Conservative MP for North East Somerset, also criticised Clarks. “To call a pair of shoes for a girl Dolly Babe is dreadful. It’s wrong in all sorts of ways … this is just really silly,” he told the BBC.