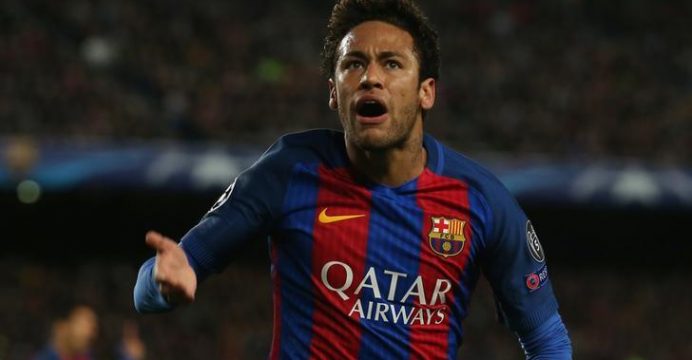 With the mundanity of transfer paperwork finally resolved, the 25-year-old Brazilian magician will line up for Paris Saint-Germain for the first time since his mind-boggling 222 million euro ($261 million) move from Barcelona, reports BSS.

“He’s been working well and we looked hard at tactics and free-kicks. We all want him in the starting 11, he’s a player we need in the group.”

Even Guingamp coach Antoine Kombouare, himself a former PSG boss, wants Neymar to play despite the potential havoc he could wreak on the home defense.

“I want the fans to come on Sunday to see Guingamp win… preferably against a side with Neymar in it,” he said.

It will be a major culture shock for Neymar in a town which has a population of just 7,000 and is best known for its annual Breton dance showcase, the Saint Loup Festival.

However, that’s not to say that Guingamp does not have football pedigree — former Chelsea and Ivory Coast star Didier Drogba spent a season at the club in 2002/2003. They were French Cup winners in 2009 and 2014, and last season beat PSG 2-1 in the corresponding league fixture.

“We could have filled a stadium of 40,000 seats with no problem at all,” said Guingamp president Bertrand Desplat, whose club budget is an eighth of what PSG paid for Neymar.

Journalists from far and wide are expected for the game — the ground’s press tribune, built to hold 80 people, has been extended to cater for 350. A total of 145 stewards will be on duty on the ground — 30 more than usual.

Neymar will simply be glad to put his tax troubles behind him and get back to doing what he does best after his lawyer revealed on Saturday that the Brazilian superstar has agreed to pay a $2.5 million fine for tax evasion in his homeland. His 2013 transfer to Barca from Sau Paulo’s Santos is also the subject of a Spanish tax fraud investigation.

Meanwhile, French media speculated over who in the expensively-assembled PSG team will make way for Neymar. Le Parisien suggested it will be Javier Pastore, the Argentine star who was the first major signing after PSG were bought by their ambitious Qatari owners.

“After first giving up his No.10 shirt, will he (Pastore) now give him (Neymar) his place in the team?” Le Parisien asked of the player who took up the No.10 shirt after Zlatan Ibrahimovic left for Manchester United last season, only to hand it to the Brazilian this summer.

“Neymar will start on the left at the expense of Pastore.”

The match in Guingamp kicks-off at 1900GMT. An hour later, and around 1,200km further south, Barcelona will start their first competitive match without Neymar by facing bitter rivals Real Madrid in the first leg of the Spanish Super Cup.

Barca’s scattergun approach to finding a replacement for Neymar has so far been unsuccessful with bids for Liverpool’s Philippe Coutinho and Ousmane Dembele of Borussia Dortmund rebuffed.

Gerard Deulofeu was handed Neymar’s role alongside Lionel Messi and Luis Suarez up front in Monday’s 5-0 friendly win over Chapecoense on his return to the club after spells at Everton and AC Milan.

And while he’s not a like-for-like replacement, Spanish press claim former Tottenham Hotspur midfielder Paulinho, a Brazil international, is on the verge of a 40-million-euro move to Barca from China’s Guangzhou Evergrande.