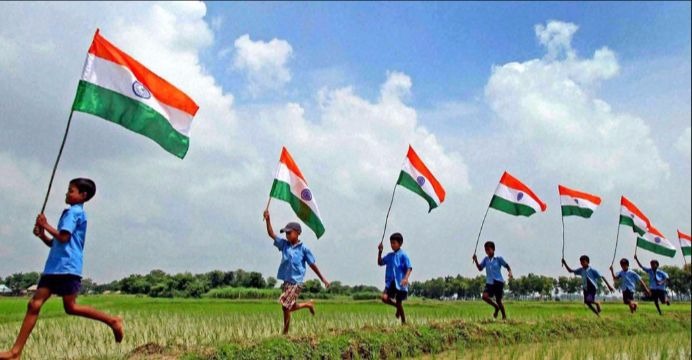 As usual, various separatist militant outfits of northeast-India called for boycotting the forthcoming 71st Independence Day celebrations, but at the same time a forum of patriotic people in Assam urges the residents of the alienated region to pay respect to the martyrs by saluting the national flag on 15 August.

The armed outfits, in separate statements to the media outlets, asked the people of the region, bordering Nepal, Bhutan, Tibet, Myanmar and Bangladesh, not to join in the I-Day programs as it was nothing but the celebration of India’s ‘illegal colonization’ over the western part of South East Asia (WESEA).

“To resist Indian occupation and hegemony, almost all communities of this WESEA region have risen in arms and armed struggle is still going on. As a part of this continuing resistance struggle, we declare to ban India’s I-Day celebrations in our WESEA region,” said a joint statement issued by a group of armed outfits.

Earlier National Socialist Council of Nagaland (Khaplang) imposed diktats over the I-Day celebrations in Naga inhabited localities. Every Naga citizen must rise to the occasion, confront the illegal colonization, reassert our birthright, uphold the legacy passed onto us by our pioneers and commit oneself to liberate our nation, said the outfit.

“India had never been a country or a Nation until 1947 when the British colonialists left this part of the world. During the two centuries before 1947, many regional nationalisms in different parts of this south Asian sub-continent rose in response to the expanding British colonization,” added the NSCN (K).

Significantly, the United Liberation Front of Assam (Independent) leaders remain silent over the matter till date. One of the active armed outfits of the region, the ULFA (I) has not issued any statement relating to the forthcoming I-Day. The outfit, which preaches for an independent Assam out of India, even avoided clubbing with the other insurgent groups in the media releases this year.

However, defying all these logics, the Patriotic People’s Front Assam (PPFA) appealed to citizens of the region irrespective of their caste, creed, and religious backgrounds to hoist the national flag on I-Day and pay respect to the martyrs, who sacrificed their lives to make India a sovereign nation.

“Irrespective of who we are, how we come to become part of the Indian Union, it is our bounden duty to pay respect to them who laid down their lives to free us all from the clutches of British colonial forces,” said a statement issued by the PPFA to media outlets.

The forum argued that  if we, who are composed of millions of individuals and organizations, keep on demanding various rights including the reservation quota, grants, special area development funds along with other forms of socio-political & economic advantages from the Union government in New Delhi, it would be our moral responsibility to pay homage to the martyrs of the freedom movement.

“Their sacrifices will keep reminding us that while we all have our own identities and fight our own struggles with the establishment that governs, we must stand together to thwart all imperialist designs, which would only divide us and lead us all towards destruction. Our social-ethnic fabric is rich with history and stories of bravery, which have all played a significant part in shaping our present,” asserted the statement.

Therefore, without any contraction we must exercise our rational thinking first and pay our respects to the freedom fighters by saluting the tricolour, opined the PPFA adding that if they could fight the freedom battle under the flag, there is no reason why we, who have been repeatedly demanding our rights from the governments, should not do the same.