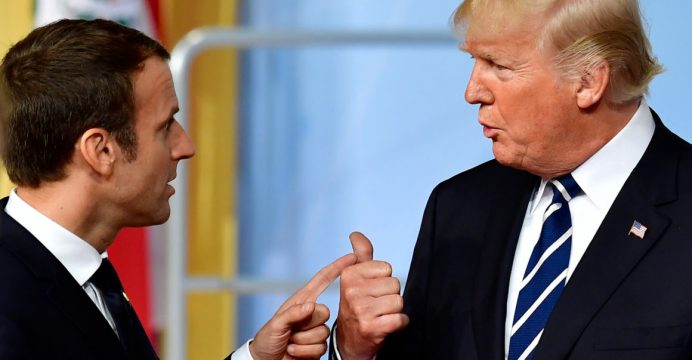 Macron , Trump agree to work together on North Korea

U.S. President Donald Trump and French President Emmanuel Macron spoke by phone on Saturday and agreed to work together on a crisis on the Korean Peninsula, the White House said in a statement.

“They discussed the need to confront the increasingly dangerous situation associated with North Korea’s destabilizing and escalatory behavior,” the White House said in a statement.

In recent days, Trump and the North Korean regime have engaged in heated rhetoric about the Asian nation’s nuclear weapons program.