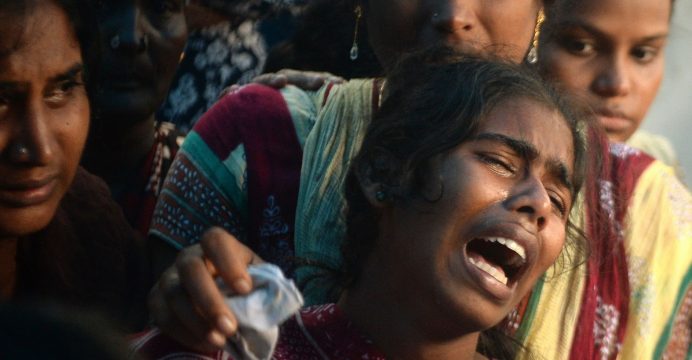 Including newborns 30 children die in hospital

The children were admitted at the Baba Raghav Das Hospital in Gorakhpur district of Uttar Pradesh, India’s most populous state. Of the 30 deaths, 17 took place in the neonatal intensive care unit.

30 kids died in hospital without oxygen. This is not a tragedy. It’s a massacre. Is this what 70 years of freedom means for our children?

AES is characterized by fever and neurological conditions such as disorientation, delirium, or coma. The disease has been mainly caused by viruses in India.

Encephalitis claims the lives of hundreds of children every year in India.

Multiple local media reports said many of the children died after the company which was supplying liquid oxygen stopped the service, apparently over non-payment of dues. This prompted the government to say on Twitter that “No patient has died at the BRD medical college due to shortage of oxygen supplies.”

Singh accepted that there was a payment issue with the liquid oxygen supplier but added that there was no shortage of gas cylinders at the hospital, which were used as back-ups. Still, he said the matter was being investigated.

The hospital is the largest in Gorakhpur district, which for years has been the parliamentary constituency of the state’s Chief Minister Yogi Adityanath.