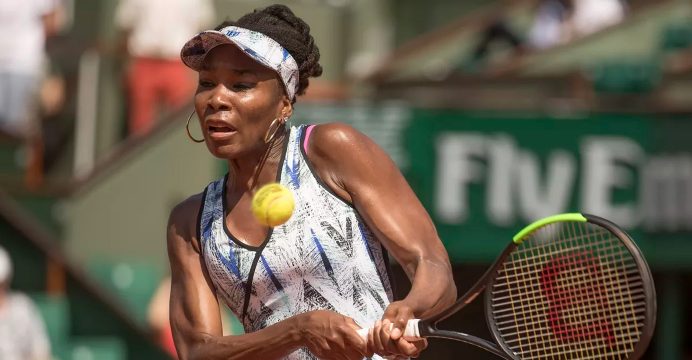 Venus Williams was forced to draw on all of her vast experience before overcoming Czech youngster Katerina Siniakova to reach the last 16 of the WTA Toronto hardcourt tournament on Wednesday.

The 37-year-old American ninth seed, who began playing on the professional circuit before 21-year-old Siniakova was even born in 1996, eventually prevailed 7-5, 7-5 in 1hr 39min.

It was a satisfying win for Williams, who shrugged off the failure to convert a string of break points to raise her game when it mattered late in the second set.

Williams, who will be chasing her third US Open crown next month after reaching the Wimbledon and Australian Open finals this year, said she had remained calm against Siniakova even when errors prevented her from taking control.

“She played so well, so competitive,” Williams said afterwards. “I had a few errors but I think the key is to keep going for it and hopefully you’ll get some in at some point.

“On those points she played some great tennis. And what can you do except go back and try again,” Williams said of Siniakova’s multiple break-point saves.

Williams will now face Elina Svitolina in the next round.

It was Pliskova’s first match since she was installed as the current world number one and she confessed she had been nervous beforehand.

“I had a little bit of nerves before the match, but during the match I felt much better, especially at the end,” Pliskova said. “I played doubles yesterday so the nerves went out a little bit yesterday, and I felt good today. I’m definitely happy that I’m through to the next round.”

Two seeded Russian players were among those to make an early exit. Svetlana Kuznetsova, seeded eight, was the highest-profile casualty, tumbling out to Catherine Bellis of the United States 6-4, 7-5.

But there was better news for the Russian contingent as Ekaterina Makarova saved two match points and recovered from a set down to end seventh seed Johanna Konta’s challenge.

Other seeds to fall by the wayside on Wednesday included Latvia’s Anastasija Sevastova and Dominika Cibulkova of Slovakia.