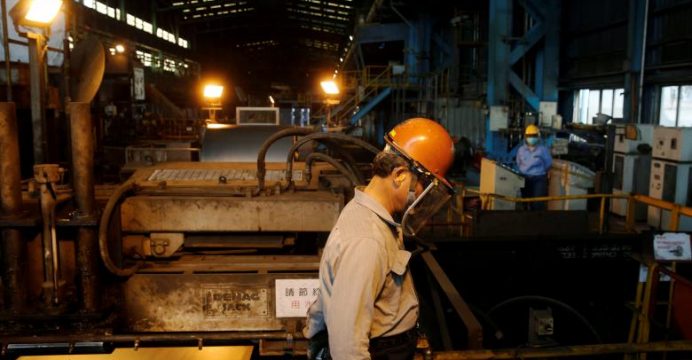 China’s factory price inflation remained steady for the third consecutive month in July, the government said Wednesday, coming in slightly below expectations as experts warn of a further slowdown in the world’s second-largest economy.

The producer price index (PPI) rose 5.5 percent year-on-year, according to the National Bureau of Statistics (NBS), the same as the previous two months but missing the 5.6 percent gain forecast in a Bloomberg News survey, reports BSS.

Julian Evans-Pritchard of Capital Economics warned the producer price gauge’s steadiness “appeared to be almost entirely due to the recent rally in domestic steel prices, which is unlikely to be sustained in our view”.

Consumer price inflation has been “generally stable”, NBS analyst Sheng Guoqing said in a statement, adding that high temperatures and heavy rains this summer have supported vegetable and egg prices.

The inflation data came a day after the release of figures showing the rate of growth in China’s exports and imports also slowed significantly in July.