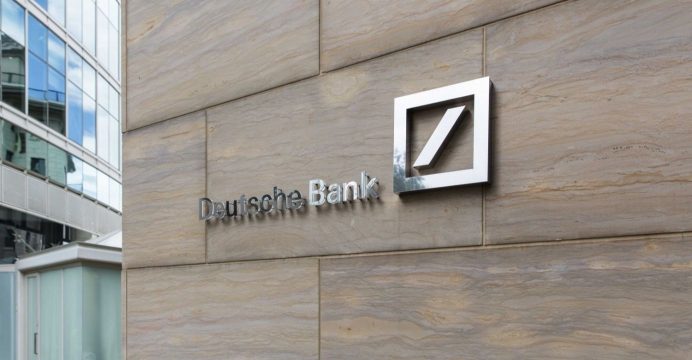 Private banking assets at Deutsche Bank fell 28 percent in dollar terms to $227 billion at the end of 2016, sending it tumbling five places to 16th in Scorpio’s rankings of the 25 biggest private banks in the world, reports Reuters.

Deutsche Bank sold a wealth management business in the United States last year and withdrew from a number of countries. A spokesman for the bank said the majority of its fall in assets stemmed from the sale.

Deutsche Bank faced a rocky 2016 in which the U.S. Department of Justice wanted the bank to pay $14 billion for Mis-selling toxic mortgage-backed securities before the 2007-2009 financial crisis.

The demand rocked confidence in Deutsche Bank and triggered billions of dollars in withdrawals by clients. The bank eventually settled for $7.2 billion.

Swiss bank UBS kept its place as the world’s biggest private bank with $2.06 trillion in assets under management, Scorpio found, followed by Bank of America, Morgan Stanley, and Wells Fargo.

Switzerland’s Credit Suisse, which has prioritized private banking under Chief Executive Tidjane Thiam, was overtaken by Royal Bank of Canada and fell to sixth.

The biggest gainer on the list was China Merchants Bank, which rose five rungs to 15th. Bank of China also entered the list, in 24th place.

Overall, Scorpio found the biggest 25 private banks managed $13.3 trillion for clients with at least $1 million in assets, representing 63.2 percent of the market.

Operating income in the industry was virtually flat as private banks faced up to low and negative interest rates as well as an increasing preference by wealthy clients for passive investments.