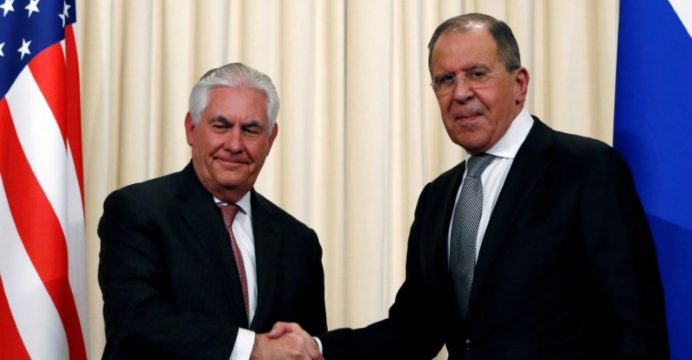 The meeting is their first face-to-face talks since President Donald Trump reluctantly signed into law new economic sanctions that Russia said amounted to a full-scale trade war and ended hopes for better ties.