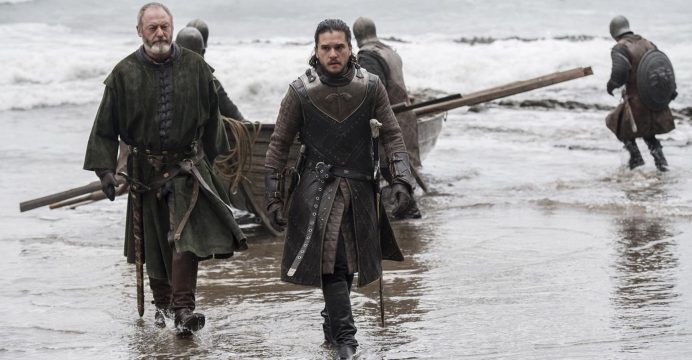 The unaired fourth episode of the new season of HBO’s hit series “Game of Thrones” has been leaked online, the premium channel’s distribution partner Star India said on Friday.

“We take this breach very seriously and have immediately initiated forensic investigations at our and the technology partner’s end to swiftly determine the cause. This is a grave issue and we are taking appropriate legal remedial action” a Star India spokesperson said in a statement.

Star India is a subsidiary of Twenty-First Century Fox Inc. The leak of the episode, titled “The Spoils of War,” was separate from a hack on HBO that was disclosed earlier this week, HBO said in a statement. In that incident, the company’s chairman, Richard Plepler, told employees in a Monday email seen by Reuters that the hackers had stolen “proprietary information,” including some programming.

Entertainment Weekly reported on Monday that hackers stole 1.5 terrabytes of data, including two unaired episodes of the “Game of Thrones” series.

HBO is owned by Time Warner Inc, which is waiting for regulatory approval to sell itself to AT&T Inc in a $85.4 billion deal.