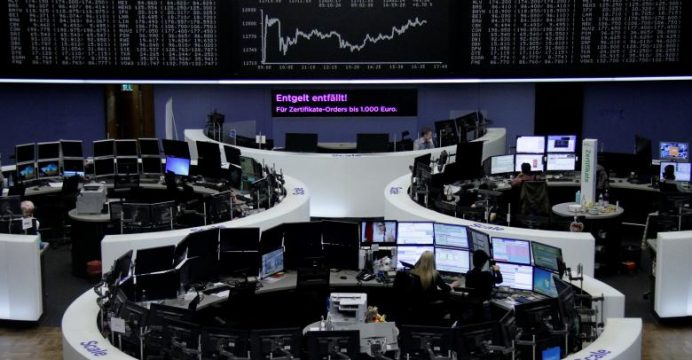 The beleaguered US dollar also got a shot in the arm from the strong July employment report, which showed the world’s largest economy adding north of 200,000 new positions for the second straight month. Across the Atlantic, European equities also pushed higher amid unequivocal signs of American economic strength, reports BSS.

In New York, the Dow rose 0.3 percent, while the S&P 500 and Nasdaq each gained 0.2 percent. But Adam Sarhan, CEO of 50 Park Investments, told reporters the jobs numbers were a “double-edged sword.”

“On the one hand, it is good to see the economy growing, jobs coming in,” he said. “At the same time, it is a hawkish data point for the Fed.”

The strong job creation and slowly rising wages could spur the Fed to raise the cost of borrowing a third time this year to keep a tight rein on inflation.

But a rate increase would boost bank profits, and that fueled banking shares. Goldman Sachs jumped 2.6 percent, and JP Morgan Chase added 1.3 percent, leading the Dow higher. Meanwhile, the dollar jumped 0.8 percent against a basket of other major currencies, rising off a 15-month low.