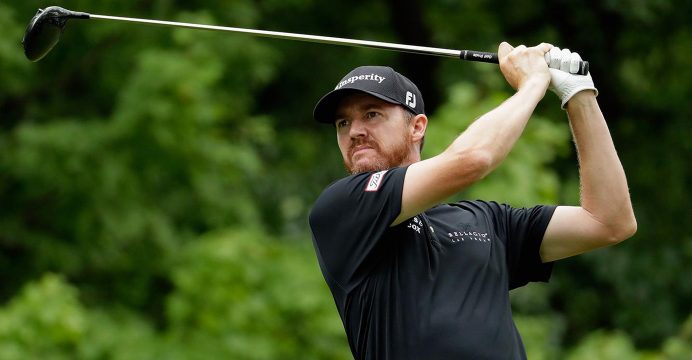 Jimmy Walker, one week away from the defense of his PGA Championship title, fired a five-under 65 to seize a two-shot lead after two rounds of the World Golf Championship-Bridgestone Invitational on Friday.

Walker was unfazed by a pair of weather delays totaling nearly five hours and registered six birdies and a bogey to reach the midway mark on seven-under-par 133 at Firestone Country Club in Akron, Ohio.

First-round leader Thomas Pieters of Belgium was alone in second after adding a level-par 70 to his opening 65.

“Once we got back out there after the delay, I think everybody felt a little flat,” said McIlroy. “I didn’t help myself by missing a few chances as soon as we came back out.

“Luckily I found one birdie coming in,” added the Northern Irishman, who chipped in for birdie at the 16th.