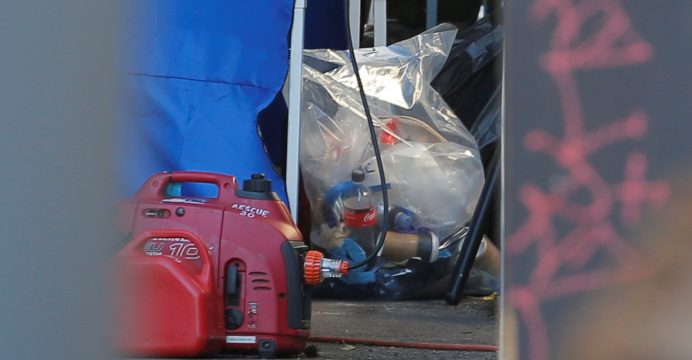 An Australian man sent his unsuspecting brother to Sydney airport to catch an Etihad Airways flight carrying a home-made bomb disguised as a meat-mincer built at the direction of a senior Islamic State commander, police said on Friday.

Detailing one of Australia’s “most sophisticated” militant plots, police said two men, who have been charged with terror-related offences, also planned to build a device to release poisonous gas in a public area.

The plot targeted an Etihad Airways flight on July 15 but the bomb never made it past airport security, he said, reports Reuters.

“This is one of the most sophisticated plots that has ever been attempted on Australian soil,” Phelan said.

Police allege that one of the two men charged late on Thursday had been introduced to Islamic State by his brother, who they said was a senior member of the group in Syria.

Communication between the accused man and Islamic State began around April, police said. Under the instruction of the unidentified Islamic State commander, the men built a “fully functioning IED” (improvised explosive device).

One of the brothers was unaware that he was carrying a bomb, disguised as a commercial meat mincer, in his luggage, and tried to check it in at the airport, police said.

“We’ll be alleging that the person who was to carry the IED on the plane had no idea they were going to be carrying an IED,” Phelan said.

Such a device would work like a large grenade, exploding with enough force to blow a hole in an airplane, even if it went off in the cargo hold, said Professor Greg Barton, a security expert at Deakin University in Melbourne.

“I think the logic would be that you pack your explosives in and seal it up, and if someone does a quick physical inspection it just looks like what it is, a meat grinder, because it’s not electrical or electronic, it’s less likely to be suspicious.”

Police said there was “a little bit of conjecture” about what happened next, but it appeared one of the accused then left the airport, taking the luggage with him. The man’s brother boarded the plane and has not since returned to Australia.

“I want to make it quite clear – it never got near screening. I don’t want anyone to suggest that it … penetrated airport security layers … because it did not. It didn’t go anywhere near it,” Phelan said.