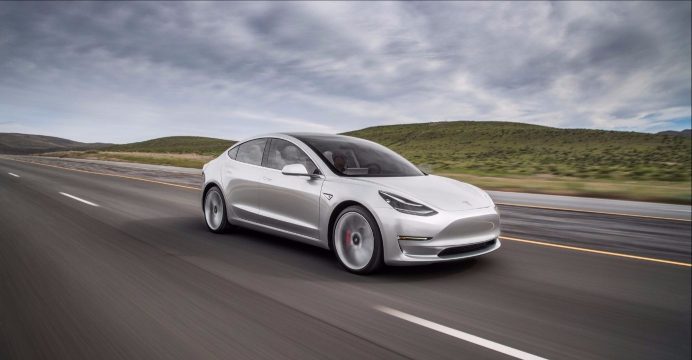 Tesla’s shares rose after revealing more than 1,800 daily reservations for the Model 3﻿

Tesla Inc reported quarterly revenue that doubled on Wednesday and a loss that was the electric car maker’s largest ever, but its shares rose after revealing more than 1,800 daily reservations for the Model 3 and predicting increased Model S deliveries in the second half of 2017. Shares rose as high as 8 percent to $351.67 in late trade.

Despite a warning by Chief Executive Elon Musk last week that the Silicon Valley automaker would face six months of “manufacturing hell” in producing its first Model 3s, investors were enthusiastic over a remaining $3 billion cash on hand at the end of the second quarter, as loss-making Tesla spent just shy of $1 billion on capital expenditures, less than expected.

Still, given the continued build-out of the Fremont factory and Tesla’s Gigafactory battery plant in Nevada, the possibility of continued cash burn is high. Tesla said it plans $2 billion in capital expenses in the second half of the year, which would erode its cash cushion to about $1 billion, reports Reuters.

Musk, however, told analysts on a conference call the company was considering debt to expand cash on hand, “but not thinking about a capital raise.” 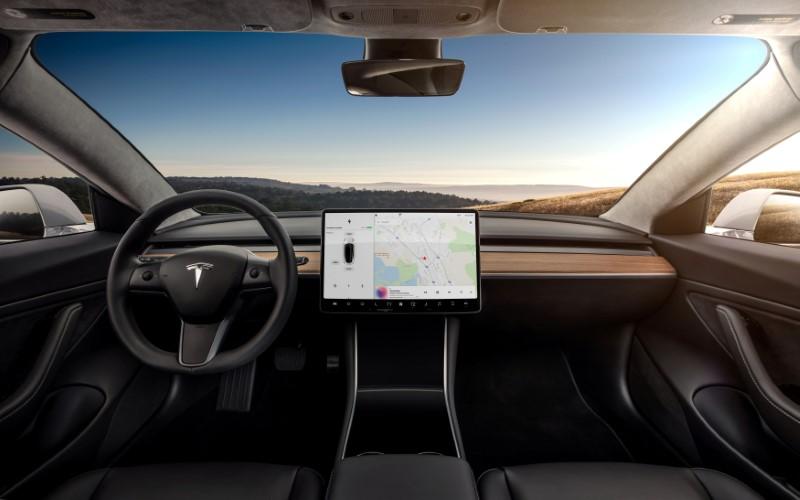 The interior of the Tesla Model 3 sedan is seen in this undated handout image as the car company handed over its first 30 Model 3 vehicles to employee buyers at the company’s facility in Fremont, California

Model S demand was increasing, Tesla said, adding that Model S and X deliveries would rise in the second half of 2017.

Musk said investors should have “zero concern” that Tesla would fail to reach its production target of 10,000 vehicles each week by the end of 2018.

Bullish investors – who sent Tesla’s share price up 77 percent from January to a June high of $386.99 – are betting on Musk’s strategy to transform the low-volume automaker into a clean energy and transportation company offering electric semi-trailer trucks, rooftop solar energy systems and large-scale battery storage.

Tesla’s results came within a week of Tesla’s long anticipated Model 3 launch, where Musk revealed that first off the production line would be a $44,000 version of the car with a 310-mile (500 km) range. That is significantly higher than the $35,000 price most customers were anticipating, before incentives. That base model will begin production in January.

Elon corrected a statement he made at the event that Tesla had booked over 500,000 net reservations for the Model 3, changing that to 455,000.