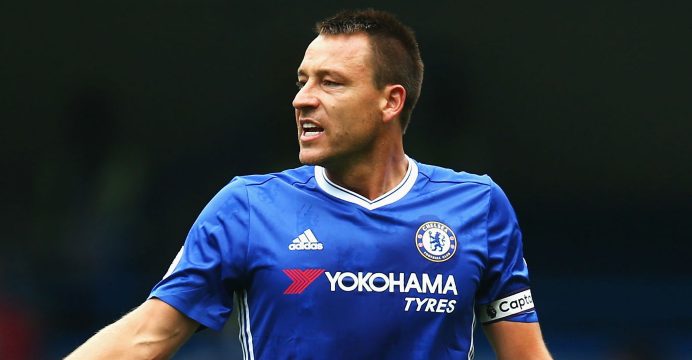 John Terry has pledged to lead Aston Villa back into the Premier League as the Championship season kicks off with a host of big-spending clubs gearing up for a frenzied promotion battle.

After winning 15 major honours in 22 years with Chelsea, Terry had to search for a new club following his release at the end of last season and rejected interest from several Premier League clubs to sign a o60,000-per-week deal with Villa.

Terry’s presence in the second tier will keep Villa in the spotlight while Steve Bruce’s side battle to return to the top-flight after a two-year absence.

But the former England star knows he won’t have an easy ride as he plays his first matches outside the Premier League since a brief loan spell at Nottingham Forest in 2000.

Given Villa’s abject failures in recent years and the cut-throat nature of the Championship, the 36-year-old believes winning promotion at a club that finished 18 points adrift of the play-offs last season would rank among the finest achievements of his glittering career.

“It would be really special, it would be up there for me. To step out of my comfort zone was a big decision,” Terry said.

“It’s probably one of the most unpredictable leagues within world football. “We have to go up as champions, if not automatically.

“Does that bring more pressure on you? Probably. Do we like that as a group? Yeah. With the history of this club, it deserves to be back in the Premier League.”

All three teams relegated from the Premier League have undergone painful changes as they try to bounce back at the first attempt.