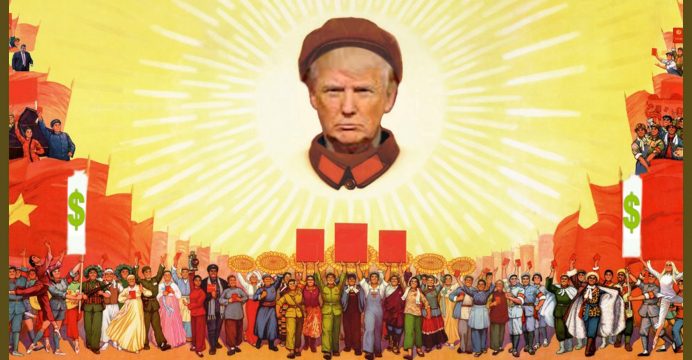 Three top Democratic senators, in a rare show of bipartisanship, on Wednesday urged U.S. President Donald Trump to stand up to China as he prepares to launch an inquiry into Beijing’s intellectual property and trade practices in coming days.

“We should certainly go after them,” said Schumer in a statement. Senators Ron Wyden of Oregon and Sherrod Brown of Ohio also urged Trump to rein in China.

Tensions between Washington and Beijing have escalated in recent months as Trump has pressed China to cut steel production to ease global oversupply and rein in North Korea’s missile program , reports Reuters.

Sources familiar with the current discussions said Trump was expected to issue a presidential memorandum in coming days, citing Chinese theft of intellectual property as a problem. The European Union, Japan, Germany and Canada have all expressed concern over China’s behavior on intellectual property theft.

U.S. Trade Representative (USTR) Robert Lighthizer would then initiate an investigation under the Trade Act of 1974’s Section 301, which allows the president to unilaterally impose tariffs or other trade restrictions to protect U.S. industries, the sources said.

It is unclear whether such a probe would result in trade sanctions against China, which Beijing would almost certainly challenge before the World Trade Organization (WTO).

The Chinese Embassy in Washington said in a statement to Reuters that China “opposes unilateral actions and trade protectionism in any form.”

A spokesman for China’s Ministry of Commerce told reporters in Beijing on Thursday that China puts a strong emphasis on intellectual property rights and that all WTO members should respect the rules of the organization.