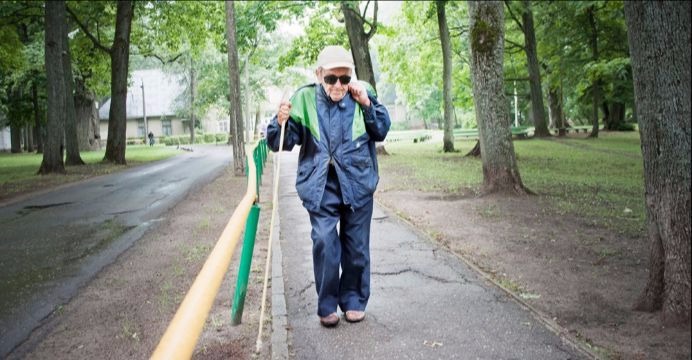 Worldwide, there are an estimated 36 million people who are blind, and this is set to grow to almost 115 million people by 2050, with the greatest burden occurring in developing countries in Asia and sub-Saharan Africa, according to a study published in The Lancet Global Health journal.

Although rates of blindness and vision impairment have gone down in recent years, as the world population ages, the number of cases has increased. The new estimates highlight the need to scale up efforts to alleviate vision impairment to help improve the quality of life and educational and economic opportunities globally.

“Even mild visual impairment can significantly impact a person’s life, for example reducing their independence in many countries as it often means people are barred from driving, as well as reducing educational and economic opportunities. With the number of people with vision impairment accelerating, we must take action to increase our current treatment efforts at global, regional and country levels,” says lead author Professor Rupert Bourne, Anglia Ruskin University, UK.

“Investing in these treatments has previously reaped considerable benefits, including improved quality of life, and economic benefits as people remain in work.”

The study analyzed the prevalence of blindness and vision impairment in 188 countries between 1990 and 2015, as well as providing projections for 2020 and 2050.

It is the first to include figures on presbyopia – a condition that affects one’s ability to read and is associated with aging, and can be treated with eye glasses – and finds that almost 1095 million people aged over 35 are affected by the condition, including almost 667 million people over 50.

The researchers estimate that global blindness crude prevalence declined from 0.75% in 1990 to 0.48% in 2015, while the rate of moderate to severe vision impairment reduced from 3.83% to 2.90%. This is likely to be a result of socio-economic development, targeted public health programs, and greater access to eye health services.

However, with most vision impairment being a result of aging, as the population continues to grow and age, the number of people affected has increased globally. Rising from 30.6 million blind people in 1990 to 36 million in 2015, and from 160 million to 217 million people with moderate to severe vision impairment.

In addition, the study projections suggest that prevalence rates could see an upturn by 2020 (to 0.50% for blindness and 3.06% for vision impairment). They also predict further increases in the number of cases by 2050 if treatment is not improved – with almost 115 million cases of blindness, and 588 million people with moderate to severe vision impairment.

The areas most affected include developing regions – for example, 11.7 million people who are blind lived in south Asia in 2015, 6.2 million lived in east Asia, and 3.5 million lived in southeast Asia. The same three regions were also home to the most people with moderate or severe vision impairment (61.2 million in south Asia, 52.9 million east Asia, and 20.8 million southeast Asia).

Rates of blindness and vision impairment varied by region. In 2015, in western and eastern sub-Saharan Africa and south Asia the prevalence of blindness was more than 4%, while it was 0.5% or less in all high-income regions (high income Asia Pacific, western Europe, Australasia, northern America, central Europe and eastern Europe). While moderate to severe vision impairment rates were highest in south Asia, north Africa, the Middle East, and western and central sub-Saharan Africa, rates were lowest in the high-income regions.

“Interventions for vision impairment provide some of the largest returns on investment, and are some of the most easily implemented interventions in developing regions because they are cheap, require little infrastructure and countries recover their costs as people enter back into the workforce.” adds Professor Bourne.

The researchers note that there is some uncertainty in their estimates, as a result of there being a lack of data in developing regions, and of inclusion of studies that were not nationwide. The researchers had to adjust visual acuity-categorised data from some of the studies included standardizing definitions of blindness and vision impairment to those of the World Health Organization. The projections to 2050 will also be dependent on how the world population and levels of service provision will evolve.