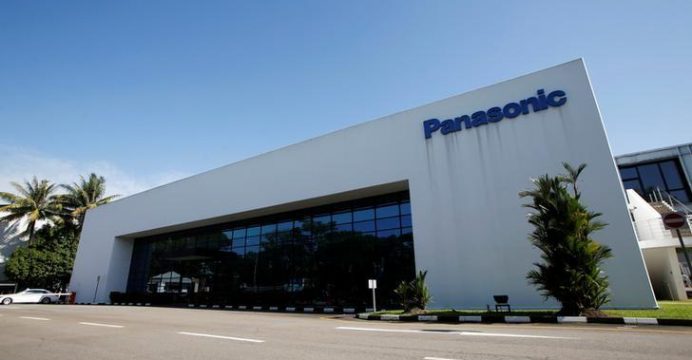 Japan’s Panasonic Corp on Monday reported a 16.9 percent rise in first-quarter operating profit, mostly in line with analyst estimates, as a shift to advanced automotive parts starts to reward the electronics giant.

“For battery cells for the Model 3, costs outweighed profit in the first quarter,” financial chief Hirokazu Umeda said at an earnings briefing. “As production accelerates towards next year, we expect the business to contribute profit.”

The firm maintained its 335 billion yen operating profit forecast for the year ending March, versus the 344.23 billion yen average of 17 analyst estimates.

Panasonic is reinventing itself as a supplier of automotive batteries, advanced electronics auto parts and energy-saving home systems to escape the price competition of smartphones and lower-margin consumer products.

The shift, led by Chief Executive Officer Kazuhiro Tsuga who took the helm of the conglomerate five years ago, was initially not fast enough to offset lost revenue from the declining consumer electronics business.

The firm expects a change this year as it starts shipments of advanced electronics devices to major car makers as well as battery cell production for Tesla’s Model 3 in Nevada.

The Model 3 marks a turning point for Tesla as it transitions from a niche luxury car manufacturer to a mass producer. The 500,000 vehicles the company plans to make next year is nearly six times its 2016 production.