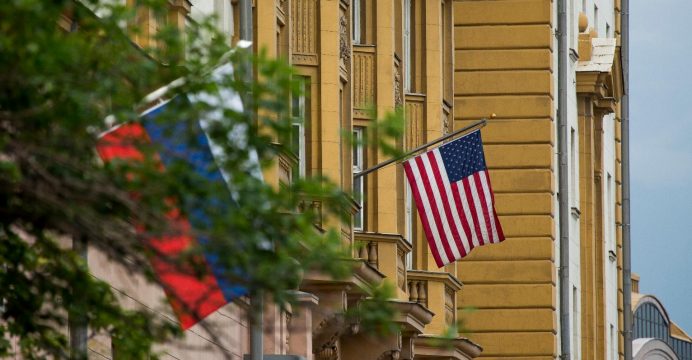 Kremlin spokesman Dmitry Peskov said on Monday it would be up to Washington to choose which of its diplomatic staff in Russia would be cut after Russia demanded that it reduce 755 staff members in response to new U.S. sanctions.

He said that Russian citizens working for the United States embassy could be among the 755 staff to go, as well as U.S. diplomats , reports Reuters.

Moscow did not wait until President Donald Trump signs the new sanctions into law because “there was no point in waiting” after the legislation was adopted in Congress, Peskov told reporters on a conference call.