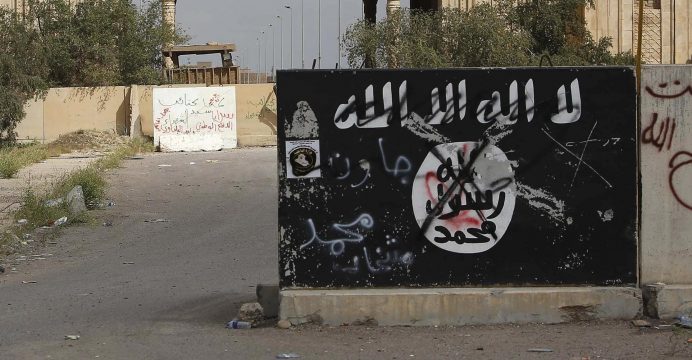 IS claims responsibility for attack on Iraqi embassy in Kabul

Militant group Islamic State on Monday claimed responsibility for an attack on the Iraqi embassy in Kabul that began with a suicide bomber blowing himself up at the main gate, allowing gunmen to enter the building and battle security forces.

The assault came a week after 35 people were killed in a Taliban attack on government workers in Kabul and underlines Afghanistan’s precarious security as the United States weighs an overhaul of its policy in the region.

Afghan security forces confronted three gunmen for hours before the interior ministry announced in mid-afternoon that the attack, in a normally busy business district of the capital, had been suppressed., reports Reuters.

“Terrorist attack on Iraqi embassy in Kabul over after all terrorists killed,” the ministry said in a statement.

Islamic State’s Amaq agency said two attackers had blown up the gate, killing seven guards, and two fighters had broken into the compound.