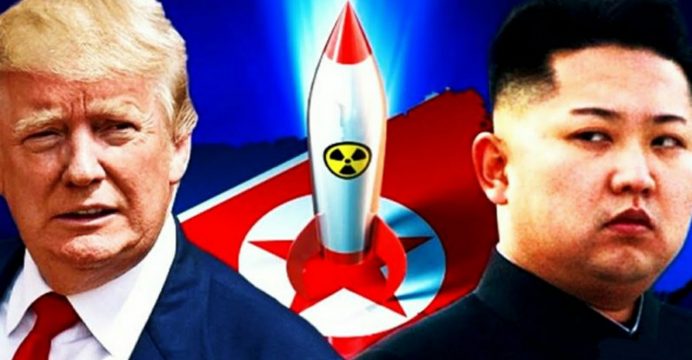 China hits back at Trump criticism over North Korea

China hit back on Monday after U.S. President Donald Trump tweeted he was “very disappointed” in China following Pyongyang’s latest missile test, saying the problem did not arise in China and that all sides need to work for a solution.

China has become increasingly frustrated with American and Japanese criticism that it should do more to rein in Pyongyang. China is North Korea’s closest ally, but Beijing is angry with its continued nuclear and missile tests.

North Korea said on Saturday it had conducted another successful test of an intercontinental ballistic missile that proved its ability to strike the U.S. mainland, drawing a sharp warning from Trump and a rebuke from China, reports Reuters.

Japanese Prime Minister Shinzo Abe spoke with Trump on Monday and agreed on the need for more action on North Korea just hours after the U.S. Ambassador to the United Nations said Washington is “done talking about North Korea”.

A White House statement after the phone call said the two leaders “agreed that North Korea poses a grave and growing direct threat to the United States, Japan, the Republic of Korea, and other countries near and far”.

It said Trump “reaffirmed our ironclad commitment” to defend Japan and South Korea from any attack, “using the full range of United States capabilities”.

Trump wrote on Twitter on Saturday after the missile test that he was “very disappointed” in China and that Beijing profits from U.S. trade but had done “nothing” for the United States with regards to North Korea, something he would not allow to continue.

China’s Foreign Ministry, in a statement sent to Reuters responding to Trump’s tweets, said the North Korean nuclear issue did not arise because of China and that everyone needed to work together to seek a resolution.

“All parties should have a correct understanding of this,” it said, adding the international community widely recognized China’s efforts to seek a resolution.

The essence of Sino-U.S. trade is mutual benefit and win-win, with a vast amount of facts proving the healthy development of business and trade ties is good for both countries, the ministry added.

Chinese Vice Commerce Minister Qian Keming, weighed in too, telling a news conference there was no link between the North Korea issue and China-U.S. trade.

“We think the North Korea nuclear issue and China-US trade are issues that are in two completely different domains. They aren’t related. They should not be discussed together,” Qian said.

China, with which North Korea does the large majority of its trade, has repeatedly said it strictly follows U.N. resolutions on North Korea and has denounced unilateral U.S. sanctions as unhelpful.