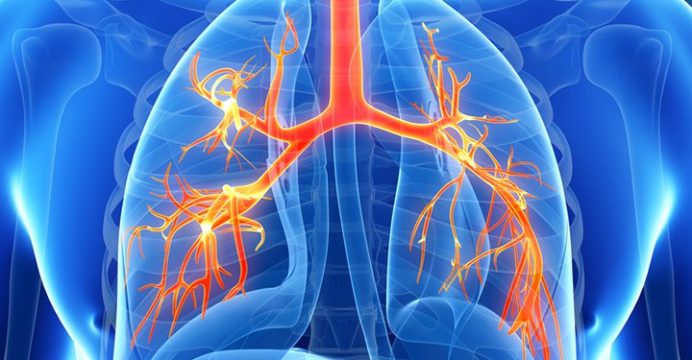 Workers exposed to pesticides and herbicides on the job may be more likely than other people to develop the chronic obstructive pulmonary disease (COPD), bronchitis and other breathing problems, an Australian study suggests.

With any herbicide exposure at work, people were more than twice as likely to develop COPD by middle age, and workplace pesticide exposure was associated with 74 percent higher odds of the common lung disease, researchers report in Thorax, reports Reuters.

Over a lifetime, pesticides and herbicides may pose an even bigger added risk for breathing disorders, the study also found.

Globally, more than 65 million people have moderate to severe COPD, and the condition causes about 5 percent of all deaths, according to the World Health Organization (WHO).

Most cases are caused by smoking or exposure to second-hand smoke, but working or cooking around certain toxic dust, chemicals, and fuels can also contribute, as can frequent respiratory infections during childhood.

For the current study, researchers examined data collected on 1,335 workers from 2002 to 2008, including information on workplace exposure to pollutants as well as results from breathing tests to detect COPD and other respiratory issues.

Overall, 6 percent of them had COPD, 8.6 percent had chronic bronchitis, and more than 28 percent reported having asthma currently or previously.

In addition to risks associated with pesticides and herbicides, the study also found workers who didn’t have asthma had an increased risk of COPD when they had any exposure to toxic mineral dust, gases, fumes, and vapors. There didn’t appear to be an association between exposure to these pollutants and COPD in people with asthma, however.

The study wasn’t a controlled experiment designed to prove whether or how exposure to pollutants at work might contribute to COPD, bronchitis or other breathing problems.

“We can not make firm conclusions about the extent of exposure needed to cause changes in lung function,” said Dr. Steve Georas, an environmental health researcher at the University of Rochester in New York who wasn’t involved in the study.